An academic member of staff at Bangor Business School has been appointed to the executive council of one of the oldest finance-related academic societies in the UK. 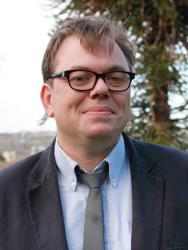 Professor John Ashton, a Professor of Banking, was afforded the honour following his election to the Chair of the Financial Markets and Institutions Special Interests Group within The British Accounting and Finance Association (BAFA).

Professor John Ashton is also a Fellow of the Chartered Institute of Bankers in Scotland, is a member of the academic panel of the Competition and Markets Authority and has undertaken policy guidance and training for the UK financial regulator. Professor Ashton’s academic interests at Bangor have focused on pricing within banking, insurance and utility markets.

His new role will see him represent all 240 members of the Financial Markets and Institution Special Interest Group within BAFA – itself an organisation with over 750 academic members.

“The appointment of Professor John Ashton to the executive council of BAFA is testament to his expertise and reputation as a scholar par excellence. It reflects the influence of Professor Ashton’s work in both academic and practical circles and is excellent news for Bangor Business School.”