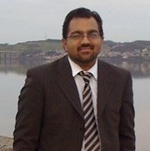 Most of my academic career has been involved in Islamic Studies, but since 2010 I have developed wider interests in the Study of Religion. My work has always involved combining key theoretical approaches to the study of religion with empirical research. I have spent several years in the field, carrying out my research both in Britain and abroad. After spending several years interacting with Islamic radicals, I was able to interpret their social world, giving me an insight into how they became radicalized. For this reason, radical Islam was the lynchpin of my research interest during my early career, and I subsequently completed my doctorate at Royal Holloway (University of London) in this area. In 2006, I developed a research project on religious institutions in the East End of London in collaboration with the Royal Historian Society. Since then I have been involved in a number of cross-cultural research projects in the private and public sector related to counter-terrorism and radical Islam.

I am currently preparing my third monograph, Leaving Islamism: Narratives of British Muslims (Peter Lang, forthcoming). This monograph picks up from where my first monograph, Radicalism Unveiled (Routledge, 2013), left off. Leaving Islamism surveys the narratives of ex- Islamists, documenting and investigating the reasons why some young British Muslims leave Islamism. I recently completed my second monograph, Segregated Britain: Everday Life in Muslim Enclaves in Modern Britain (Peter Lang, 2020). This monograph explores why many British Muslims live in separate enclaves. I conducted extensive data collection to provide a thorough and detailed account of the present social reality of Muslims living in Modern Britain.

Since October 2017, I have commissioned over 100 subject-specific expert legal reports in relation to human rights, asylum and terrorism cases. This entailed generating expert reports on the religious and socio-political circumstances in specific countries (the UK, Pakistan, Afghanistan and India). I have carried out extensive ethnographic fieldwork in countries of origin for asylum seekers, which serves as the basis for expertise in asylum and human rights procedures. Therefore, I have applied my research knowledge and country expertise on Pakistan, India and Afghanistan to cultivate better understanding and awareness for decision-makers in the UK Home Office Asylum Division, enabling them to make decisions and judgments on over 65 applicant cases. Therefore, my academic research has influenced legal practice and had an impact on the quality of the decision-making process in UK asylum and human rights court hearings.

I have spent several years developing an extensive teaching portfolio in religious studies. I am currently responsible for teaching four BA modules:

These modules seek to examine the different dimensions of religion: how they are formed, what they mean, and how they are reformulated in the modern age. Sociology of Religion, for example, introduces students to the major theories relating religious belief and practice to social life, with significant analytical focus given to the social function of religion in early and modern society. My most popular class is the Introduction to Islam module, which provides a broad overview of Islamic belief and practice by exploring the emergence and development of Islam, from its origins in the seventh century to its modern revival. The module guides students through the study of Islam: (1) it introduces students to the history and development of early and modern Islam; (2) it also examines core Islamic beliefs and practices; and (3) it investigates the wider Islamic tradition by surveying Islamic law, philosophy and mysticism. The Themes in Eastern Religions module demonstrates my ability to teach world religions. This module presents the complex and fascinating world of Eastern Religions through a historical overview of their origins, doctrines and traditions. I have developed extensive expertise and knowledge in teaching Islam, Buddhism, Hinduism, Sikhism, Shinto and Confucianism.

I am willing to supervise PhD projects in the area of Islamic Studies and Modern Islam, but particularly on topics around radicalisation and de-radicalisation, Islamism, Muslim identity and community.