Medieval Studies is a well-known and internationally recognised area of expertise at Bangor. Over the decades particular strengths in Arthurian literature, Welsh History and Archaeology and Cymraeg, as well as Music have attracted postgraduates to Bangor to work with experts in each of these areas. Additional strengths include gender and devotional literature (in the School of English), Anglo-Norman studies, and early sacred music, among others. Interdisciplinary approaches form the core of medieval studies, and the current expertise at Bangor guarantees this approach both through the core module and through the option modules. In addition to this, Bangor can boast a unique combination of modules students can choose from, such as do not normally feature together: Welsh, Arthurian studies and Music form the distinctive core of the provision, alongside our widely recognised expertise in teaching palaeography and codicology.

Course content is for guidance purposes only and may be subject to change.

In Part 1 of the course, students develop skills and acquire subject knowledge by way of preparation for Part Two, a 20,000 word dissertation. The Diploma, which consists of Part One of the MA programme, aims to develop learner autonomy to the point where the student is capable of beginning a scholarly dissertation at MA level.

At the beginning of this course, all students must register for the following modules which provide the key skills for medieval studies at this level:

In addition to these two modules, students will choose an additional 70 credits from a range of modules. Students are required to choose optional modules from at least 2 subject areas (see below):

QXE4030: Medieval Arthur (30 credits): This module explores the Arthurian myth from the earliest archaeological evidence to the end of the fifteenth century, with a view to exploring its evolution in a variety of the socio-political contexts, as well as material culture (manuscript and printed editions, artefacts). Focusing on a number of texts in different genres and languages (read in English translation when necessary), the module will offer postgraduates an insight into the origins and development of Arthurian themes in medieval literature (Convener: Dr Raluca Radulescu.)

QXE4029: Gender and Devotion (30 credits): This module will explore a wide selection of published and manuscript texts that demonstrate the breadth, continuities and dissimilarities of late medieval and early modern women’s devotional writing practises. The module will introduce students to the writing of anchorites, mystics, translators and instructors from across the social spectrum and who express their spirituality in a wide variety of genres and for different audiences. This module will offer the postgraduate the opportunity to pursue highly innovative lines of research by analytical comparison of devotional writing from pre- and post Reformation England. There will be ample time during the semester for the postgraduate to shape and develop their own enquiries. (Conveners: Prof. Helen Wilcox and Dr Sue Niebrzydowski)

QXE4016: Pre-Modern Travel (30 credits): This module will explore a wide selection of published and manuscript texts which deal with the highly complex and fluid concept of travel in terms of migration, displacement, exploration, colonisation, religious practices, alternative geographies (utopianism) and adventure. This module will offer the postgraduate the opportunity to pursue highly innovative lines of research in often neglected fields of study. (Conveners: Prof. Andrew Hiscock and Dr Raluca Radulescu)

HPH4000: The Age of Llywelyn ap Iorwerth (40 credits) (English: HPW-4000; Welsh: HPC-4000): This module will allow students to analyse a range of evidence for the history of Wales during the age of Llywelyn ab Iorwerth (c. 1170-1240), focusing not only on Llywelyn himself but also on broader political, ecclesiastical, social and cultural developments in Wales during his lifetime. A variety of sources will be used in order to investigate Llywelyn’s career as a prince of Gwynedd, in both a Welsh and a European context. Students will be shown how documentary and narrative sources can be used alongside literary work and legal texts produced by the native learned classes and encouraged critically to evaluate the ways in which different genres of evidence offer different perspectives. (Convener: Professor Huw Pryce)

HPH4002: The Archaeology of the Early Medieval Celtic Churches (40 credits): This module investigates the early medieval churches in Wales, Ireland, Scotland, the Isle of Man and south-west Britain c. AD400-1100.  Although concentrating on the archaeological evidence, primary documentary sources will be used where appropriate.  The rich archaeological remains, including cemeteries, churches, monasteries, sculpture, ecclesiastical metalwork and relics will be analysed with reference to what they reveal about the development of Christianity in these islands; burial rites and commemoration; the evolution of a hierarchy of Christian sites; the development of ecclesiastical landscapes; secular and ecclesiastical patronage; and the rise of saints’ cults. (Convener:  Prof. Nancy Edwards)

HPH4013: The Duke, Duchy and Institutions of Normandy, 942-1135 (40 credits): This module will examine the role of the dukes of Normandy, the growth of their authority and the institutions that they used to rule the duchy. Students will trace the growth of the dukes’ authority through the chronicles and the written instruments issued in their name; they will examine the extent to which the conquest of England affected Norman government and vice versa; and they will discuss the ways in which ducal authority might be helped or hindered by the Norman aristocracy, the Norman church, or Normandy’s neighbours. A wide range of sources will be used, both published and unpublished. A comparative approach will be adopted throughout, putting Normandy, its laws, and its institutions within a broad context rather than treating it in isolation. (Convener: Dr Mark Hagger)

HPH4017: Women and Power in the High Middle Ages (40 credits): This module aims to introduce students to the history of women and power in Britain and North-Western Europe during the twelfth and early thirteenth centuries. It will focus on the ways that women were portrayed in the sources as compared to men and will take account of broader political developments within twelfth-century Britain, including social, political, political and cultural changes. A variety of sources will be used including charters, narratives, chronicles, poetry and legal texts to facilitate a close analysis of the differing perspectives offered by differing sources. It will consider these themes in a European perspective by giving attention to Anglo-Norman, Angevin and French evidence and historiographies of women, gender and power. This will be set into a critical assessment of the historiography Britain of the period.  The course will challenge students to critically engage with theories and debates about the interpretation of evidence to facilitate a critical comparative approach. It will consider the role of women in twelfth-century society, contemporary political developments, and the image of women in the sources in order to facilitate a discussion of the ways that sources were constructed to produce a particular view of women and power. (Convener: Dr Sue Johns)

Subject to the credite value of your main module choices, students may also choose the 10-credit Postgraduate Portfolio module in either semester 1 or semester 2.

Preparation of a 20,000 word dissertation on a subject related to medieval studies agreed with your chosen supervisor. This preparation will involve a series of one-to-one supervisory meetings during the summer, once Part 1 has been completed.

Applicants to this programme should normally have a 2.ii undergraduate degree or equivalent in a relevant subject (e.g. Literary Studies, History, Arthurian Studies/Literature, Medieval Studies, Art History). In their personal statement, applicants should outline the area in which they would like to specialise.(e.g. history, literary studies). Contact us for more information.

For students whose first language is not English an IELTS score of at least 6.5 (with no element below 6.0) is required.

Ask the IEC for assistance...

If you want advice or a general chat about what’s available contact the International Education Centre on +44 (0) 1248 382028 or email international@bangor.ac.uk

The University will accept applications throughout the year, but we would generally advise that you send in your application form by the end of June to ensure that you have time to make any funding and/or accommodation arrangements, and for documents such as transcripts and references to be obtained if not submitted with the application. This will also give you more time to meet any conditions we may potentially attach to an offer (e.g. taking an IELTS Test to meet the English Language requirement). 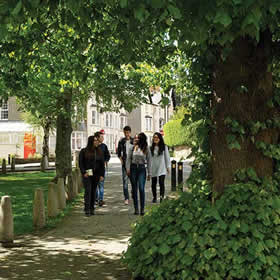 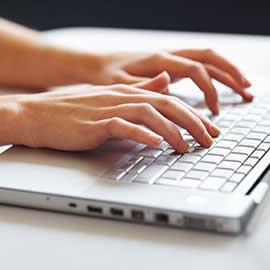 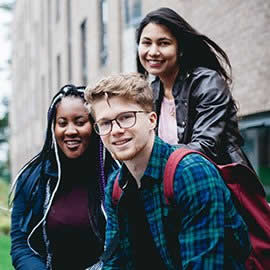 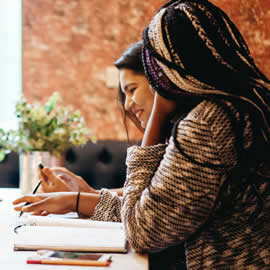 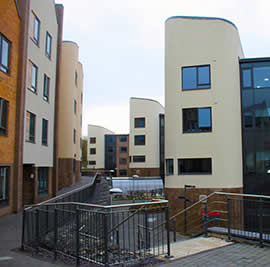 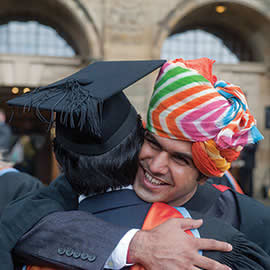