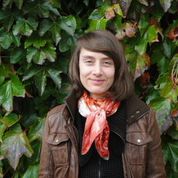 Armelle specialises in adaptation from and into literature, film and comic art; audiovisuality; intermediality; theories of voice across media; ecocriticism; and Breton comic art. She has published articles on these areas in European Comic Art, Modern Languages Open, Modern and Contemporary France, Studies in Comics and Studies in French Cinema. She is the author of Adapted Voices: Transpositions of Céline’s ‘Voyage au bout de la nuit’ and Queneau’s ‘Zazie dans le métro’ (Oxford: Legenda, 2015). She has co-edited a special issue of European Comic Art on ‘Comics & Adaptation’ (stemming from a conference she co-organised at the University Leicester), and a special issue of Studies in Comics on ‘Comics & Nation’ (also stemming from a conference she co-organised, at Bangor University). She is review co-editor for European Comic Art. Her current research projects include: the politics and aesthetics of comics engagements with nature in France and Belgium; the relations between gender and the environment in Breton women's comics writing; comics' relationships with others arts such as music and dance; and female singers in French-language films and comics.