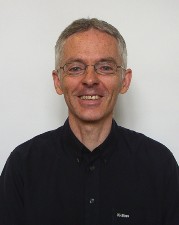 I have always had an interest in science, particularly the life sciences and especially the fascinating world of immunology and the human immune system.

At the age of 18, I obtained a place at University College London, studying Genetics and Microbiology. Unfortunately, I was unable to complete my studies at UCL, having to return home, to help run the family business.

At the age of 33, I returned to science and my studies, undertaking a BSc Hons degree in Biomolecular Sciences, at Bangor graduating with a first class honours degree in 1999. I then undertook a BBSCR externally funded PhD in Molecular Genetics was awarded my PhD in molecular genetics in 2004, followed by two externally funded postdoctoral research fellow positions. In 2009 I designed and developed the MSc in Medical Molecular biology with Genetics and in 2010, I achieved a permanent Lecturership position, in Biomedical Sciences (Immunology).

My research and research-led teaching focus on human molecular immunology and molecular genetics specialising on the roles of the human immune system in autoimmune disease and cancer. I am the course organiser of the MSc in Medical Molecular Biology with Genetics program, a primary deliverer of a number of undergraduate and postgraduate modules and a supervisor of research projects associated with the School of Medical Sciences PhD, MRes, MSc and Masters degree programs.

Unfortunately however, tumours can evolve mechanisms to avoid and ‘escape’ this immune attack, or indeed can even reprogram immune cells to aid tumour survival and expansion.

Intriguingly, a number of ‘systemic autoimmune diseases’ - conditions where our immune system mistakenly attacks and damages normal, healthy tissue - are linked to either increased or decreased prevalence of certain Cancers. This suggests key drivers of ‘systemic autoimmunity’ may be involved in either suppressing or enhancing the destruction of certain Cancers and that the ability to identify and regulate key 'systemic auto-antigens' could reveal potent weapons in the fight against Cancer.

The research in my group primarily focuses on investigating the roles of autoantigens, in early stage and advanced cancers, with the aim of identifying novel cancer biomarkers and potential targets for targeted anti-Cancer Immunotherapies.

Design, validation and utilisation of RT-PCR and qPCR assays for characterisation and quantification of Ro60 autoantigen splice variants in human tissues

Roles of RNA editing and ADAR1 in leukaemia

Chronic myeloid leukaemia (CML) is a form of blood cancer. In a 2013 survey of UK cancers, CML cases comprised 8% of all leukaemias and 0.2% of all new cancer cases. Moreover, UK trends in CML cases mirror comparative global trends, with steady annual increases in both disease incidence and prevalence.

The discovery of the tyrosine kinase inhibitors (TKIs) - highly specific small molecule drugs which inhibit CML progression - has profoundly reduced CML-dependent mortality. However, several issues still remain with the effectiveness of 'pure' TKI-based therapies, mainly; they are rarely curative, they require long term treatment strategies, in which time patients may experience severe side effects and co-morbidities, but treatment withdrawal can lead to disease relapse, and long-term treatment requires a considerable financial commitment.

Research into enhancing current and developing alternative CML therapy options is, therefore, a vital area of research to sustain current long-term CML treatment strategies and to reach the ultimate goal of finding a 'permanent cure' for CML.