International Coordinator for School of History, Philosophy and Social Sciences

My research interests are centred on the synthesis, structure, and applications of:

Several novel isolated polyborate species have been discovered as a result of crystal engineering from cation templated self-assembly in aqueous solution and a NMR method for measuring Lewis acidity has been established.

The synthesis and characterization of polyborate salts containing cationic transition-metal complexes and non-metal cations is being investigated.  Transition-metal coordination compounds as cations have been chosen because of their steric bulk, high charge, and their abilty to form many H-bonds donor interactions with groups in their second coordination shell.  The aim of this work is to investigate their structure directing effects and to engineer novel polyborate anions.

Fellow of the Royal Society of Chemistry (RSC) and Chartered Chemist (1997) CChem, FRSC.

Member of Membership and Qualifications Board (MQB) for RSC 2012-2015. 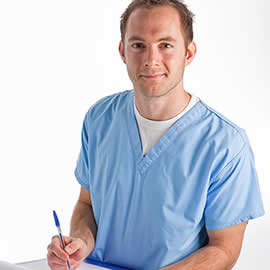 Visual Analytics is analytical reasoning facilitated by interactive visual interfaces. This subgroup focuses on the investigation of analytic methods and the development of visual analysis tools that display and interact with large datasets. Building on a strong foundation of research into multiple and multiform views, we are developing a lead in this area. For instance, Bangor was a founding member of the UK Visual Analytics Consortium (UKVAC), which partners academics from Middlesex University (lead), Bangor, Imperial, Oxford and University College London. The UKVAC is working with the support of the US Department of Homeland Security via the US National Visualization and Analytics Center at Pacific Northwest National Laboratory, Washington State, and in close collaboration with the UK Home Office.

We have established research into applied visual perception, especially in the context of new display technologies and high dynamic range (HDR) imaging. The sub-group investigates how the knowledge of the human visual system and perception can be incorporated within computer graphics and imaging algorithms. This includes designing and optimization of imaging algorithms that adapt to human visual performance and viewing conditions to deliver the best images given limited resources, such as computation time or display contrast. In 2012, Mantiuk was awarded an EPSRC First Grant to quantify image quality in computer graphics (EP/I006575/1). The grant led to the development of a new comprehensive image quality metric for high dynamic range scenes (HDR-VDP-2, source code released on Open Source basis), and the creation of a quality database for computer graphics artefacts (collaboration with the Max-Planck-Institute for Computer Science, Saarbruecken, Germany). The research outcomes include several high impact publications, including two ACM SIGGRAPH (ACM Transactions on Graphics) and two Eurographics (Computer Graphics Forum) papers, as well as several conference papers.