Assessing the Potential for a Local Land Value Tax in Wales

A team of researchers at Bangor Business School recently completed an assessment of the potential for a local Land Value Tax (LVT) in Wales on behalf of the Welsh Government.

Over recent years, the idea of an LVT has re-emerged within political debate both in Wales[1] and the UK[2] more widely. Unlike most property taxes, including the current Council Tax and non-domestic rates (NDR), LVT disregards the value of any improvements made to the land, including any buildings, plant or machinery, and taxes only the value of the underlying land.

LVT has a long history within economic thought and political debate. The case for such a tax is most closely associated with Henry George (see Figure 1), but it has drawn widespread support from across the economics profession. Its most distinguished supporters have included Adam Smith, Milton Freedman and James Mirrlees. This is because the main determinants of land value are outside the control of the landowner or occupier. The value of land is determined primarily by the actions and decisions of wider society – notably decisions relating to infrastructure investment and public service provision. For this reason, it may be equitable for the returns to land to be taxed, so that they are shared by wider society rather than captured solely by the landowner in the form of rising asset values. Correspondingly, an LVT is likely to be economically efficient. Taxes in general change the incentives that people face, and hence their behaviours. For example, NDR can reduce the incentive for businesses to invest in plant and machinery, and hence reduce the aggregate level of investment in the economy. In contrast, the supply of land is fixed and so an increase in taxation cannot influence the amount of land available[3].

Despite this powerful theoretical case in favour of LVT, there are relatively few LVT regimes in existence around the world. Understanding the political and practical reasons for this is a key challenge in considering such a reform.

Our research consisted of two key strands. Firstly, we developed the first comprehensive estimates of land values in Wales. Secondly, we used interviews, a call-for-evidence and literature review to obtain views and perspectives from a range of different experts in fields relevant to LVT as well as representatives of wider stakeholders, in order to draw conclusions about the practical constraints to implementing a local LVT in Wales.

Our modelling work estimates that the total value of residential land in Wales is £113.4 billion, representing 48% of total residential property values (the other 52% being accounted for by the buildings located on the land). The total value of land underlying commercial properties accounts for a further £27.6 billion.

Beyond these headline figures, our modelling identifies a vast variation in land values even within small geographical areas. We estimate that the average value of residential land in the most affluent neighbourhood in Wales is £2,589 per square metre. At the other extreme, 0.9% of all neighbourhoods have negative land values. That is, the market price of a house built on an average piece of land in one of these locations would be less than the construction cost of the house.

Unsurprisingly, the most expensive land in Wales is found in concentrated pockets in affluent suburbs of Cardiff, and in holiday-home hotspots such as Tenby, Abersoch and Newport (Pembs.). The cheapest land is found almost exclusively in the swathe of de-industrialised communities in the south Wales coalfield, as can be seen in Figure 2.

The assessment concludes that land values in Wales provide a large enough tax base to ensure that an LVT could raise revenues equivalent to those raised by the current local tax regime in Wales. However, that tax base is very unequally spread across Wales and so a change to LVT would have to consider how the resultant revenues might be redistributed equitably across local authorities. The assessment also highlights some of the other barriers to implementing a local LVT in Wales, notably the data requirements for providing reasonable and consistent valuations of land.

The final report can be found at https://gov.wales/local-land-value-tax-technical-assessment.

[1] Mark Drakeford, the First Minister, has been a regular advocate of the tax both on the floor of the Senedd and elsewhere. Adam Price, the leader of Plaid Cymru, proposed an LVT as part of his policy platform during his leadership campaign.

[2] There is an All Party Parliamentary Group on Land Value Capture in the UK parliament, and the SNP, Liberal Democrats and Scottish Green Party have shown various levels of support for an LVT.

[3] There is little existing empirical evidence on the efficiency of LVT, but there is compelling empirical evidence that recurrent taxes on immovable property, in general, have a positive impact on economic performance. For example, Cournède et al (2018) find that a balanced-budget increase in taxes on immovable property leads to a larger increase in economic growth than the other tax policy changes that they consider, without impacting on levels of income inequality. 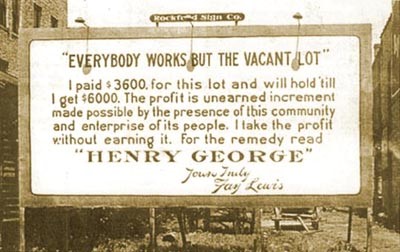 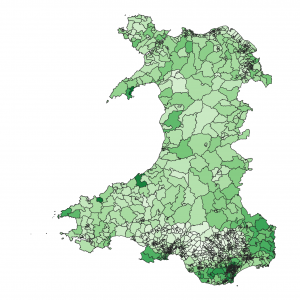