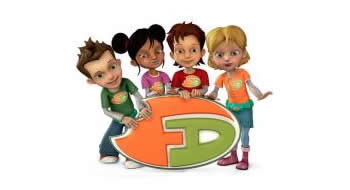 Psychologists used a unique combination of role modelling, rewards and repeated tasting to get long lasting results in children's intake of fruit and vegetables. For the role modelling aspect, a video was created by the Bangor team, introducing the Food Dudes: four fictional child characters that were seen happily eating fruit and vegetables which gave them "special energy to defeat the forces of evil".

The investigation proved that neither role modelling nor rewards were effective singularly. However, in the Food Dudes video, the characters combine the two, giving the children approval from, and membership of a successful and inspirational group of peers.

This initial research discovered a powerful synergy between rewards and role modelling that signified a sustainable way to change eating behaviour in children.

Roll-out of the Food Dudes programme in the UK and internationally has seen more than 500,000 four- to eleven-year-old children participate across Europe and the U.S.A., and the programme continues to attract significant funding from public health agencies internationally.