Can efforts to conserve biodiversity by big industry help or harm local people? 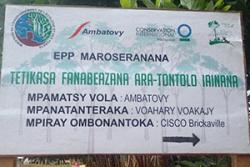 Recent work published in the journal Conservation and Society looks at previously ignored aspect of biodiversity offsetting: the impacts on local people. The researchers use the case study of the Ambatovy mine in Madagascar (the biggest nickel mine in the world, the largest ever investment in Madagascar and a company leading the way in developing biodiversity offsets). The research demonstrates that the offset projects (through introducing and enforcing conservation restrictions) can have very significant negative impacts on local people both in terms of standard measures of poverty but also more subjective aspects of their wellbeing. Development projects introduced by the mine to offset the costs of the conservation restrictions locally have been well received but do not compensate for the local costs and do not reach those most affected by the conservation restrictions.

Dr Cecile Bidaud, the lead author of the research says “The inadequate compensation for the very real costs of conservation matters from the perspective of environmental justice (why should the 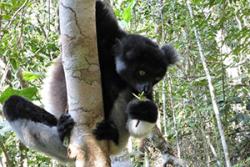 The ultimate aim of the biodiversity offset is to conserve the wonderful biodiversity of the eastern rainforests (such as this indri), while allowing mining development.poorest people bear costs for the sake of allowing development while not destroying biodiversity of global value?). It also matters because if people don’t get the help they need to develop alternatives to their current livelihoods, the conservation won’t be sustainable.”

However at a time when illegal mining is spreading in many protected areas in Madagascar, there is a positive attitude among the team that issues such as those highlighted in the paper can be resolved.

Professor Julia Jones from Bangor University's School of Environment, Natural Resources & Geography, who was also involved in the research, says: “Madagascar needs to be able to use its mineral wealth to develop, and well-regulated mines where taxes are being paid are much preferable to the extremely damaging illegal ‘rushes’. I have hope that the mining industry may use the results of this study to reduce negative impacts of local people around their biodiversity offset sites. This is certainly possible-their development projects are generally quite effective.  It is just that currently they are too little, too late, and benefit too few.” 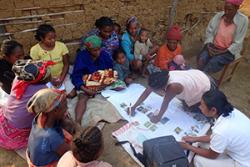