How to help people with dementia retain the power of choice

This article by Rebecca Sharp, Senior Lecturer in Psychology and Zoe Lucock, PhD researcher at the School of Psychology is republished from The Conversation under a Creative Commons license. Read the original article.

Deterioration in the ability to produce complex speech or understand what people are asking, can make it difficult for people with dementia to make choices in conventional ways. It can be simple things like deciding which clothes to wear, or what to have for dinner. But when a person is in the more advanced stages of dementia, and may not be able to speak at all, it can be difficult for those caring for them to work out what their preferences would be.

To help the estimated 280,000 people with dementia who are living in UK care homes, family members are often asked what their loved ones would prefer and notes are made by staff. But we know that people’s preferences can change, sometimes on a daily basis, and are hard to predict even by people who know them really well. 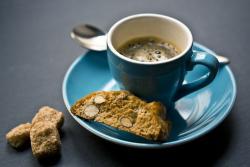 Take the example of Mrs Jones. Care workers know that she likes both tea and coffee, but that she prefers tea. If Mrs Jones finds it difficult to tell them what she wants, how will they know that today is the day that Mrs Jones fancies a coffee?

Behavioural researchers have found that one way to figure out what a person would like is to measure how they respond when provided with different options at the same time. For example, to find out whether a person prefers a biscuit or a scone, the two treats are presented together for the person to choose.

As the person making the choice is unable to speak, physical behaviours such as reaching, touching, and picking up the item are watched to find out which they would like. Studies which use this method are usually done with people with dementia in their care home, and tailored to the individual taking part. While the researchers can find out what works best, it also means that people with dementia benefit directly from taking part in the study. Staff are also shown how to find out preferences – leading to immediate improvements in care.

Though it seems like a simple thing to put into practice, this “choice” method is not currently part of the UK care system. However, we have been testing to see whether it could be used in all care homes, to give everyone with dementia more choice in a place where it has traditionally been limited. By observing what people do rather than what they say, care staff can get a more objective idea of what people like, measure their preferences daily, track how they change, and – most importantly – give people with dementia and communication issues more of a voice in their daily lives.

Our work forms part of the first UK project of its kind in the field of behavioural gerontology. The preferences research is part of a series of studies all focused on using behaviour analysis to help improve the quality of life of people with dementia. In addition, students on Bangor University’s applied behaviour analysis programme are trained to specialise in this approach with older adults.

Though the project itself is due to go on for another year, we have already confirmed previous findings from US-based care home studies which showed that people with dementia prefer activities over food items when given a choice between them. For example, we found that people chose activities such as jigsaws, crosswords, and crochet over treats such as custard tarts and pork pies.

This might be because one risk for people with dementia in long-term care is that they can spend a lot of time unengaged. It can be difficult to find lots of meaningful activities for care settings, and opportunities for conversation can be reduced. So activities become more valuable because they give people something to do and to talk about with other people, while food might become less valuable due to sensory changes associated with dementia such as changes in ability to taste and swallow.

Putting this into practice, we now know that if a person with dementia is to be given food and activity choices, they should be done separately – rather than at the same time, like the biscuit and scone example – as preference for taking part in an activity might overshadow a food choice. In the long run, this means that staff don’t learn what people’s food preferences are, too.

We all value having choices, and our work is focused on evaluating and developing ways to ensure that people with dementia and developmental disabilities continue to be offered choices, even in the smallest of ways.