On her first birthday, Princess Charlotte already knows much about language

This article by Anouschka Foltz, Lecturer in Psycholinguistics, Bangor University, was originally published on The Conversation. Read the original article.

Princess Charlotte, the youngest member of the British Royal Family, is turning one. While there will be plenty of focus from sections of the mainstream UK media on the official pictures released by the palace, much has been going on behind the scenes. Many infants say their first word around the time of their first birthday and for most people, this is when language learning really starts. But by the time Charlotte says her first word, she actually already knows a lot about language. 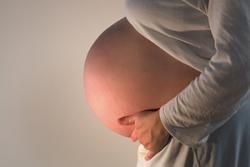 See ful image credits below.So, what exactly does the foetus hear in the womb? The womb itself is quite loud, dominated by the sound of the mother’s heartbeat and all sorts of fluids flushing by. So the foetus does not hear language in the same way as a newborn does. Mostly, what is audible in the womb are vowels as well as the melody and rhythm of language. And it is the melody and rhythm of language that play an important role in an infant’s journey to their first word.

Before infants get there, they need to overcome some challenges. One problem is that we do not pause after every word that we say to an infant. So if the Duchess of Cambridge were to say “the yellow drum is loud”, it would sound more like “Theyellowdrumisloud” to little Charlotte. What infants need to find out is where one word ends and the next one begins. At around six months of age, infants embark on this task. And words' stress patterns help a lot.

When we say “the yellow drum is loud”, not all syllables are said with equal emphasis. Some syllables are louder, longer, and more clearly pronounced. These are the stressed syllables. So to Charlotte the sentence would actually sound something like “TheYELLowDRUMisLOUD”. And by about six or seven months, infants who are growing up with English seem to go by the simple rule that a stressed syllable marks the beginning of a word. This works pretty well for the above sentence as it gives us “The YELLow DRUMis LOUD”.

In fact, it works pretty well in English overall since over 90% of content words in spontaneous conversation in English have stress on the first syllable. So, English-learning infants get a lot of mileage out of this simple rule.

But the rule doesn’t work so well in French, where stress is typically on the last syllable of a word. In fact, French-learning infants know enough about their language that they do not employ this rule. Of course, the rule isn’t foolproof for English either. It works a little less well for a sentence such as “TheYELLowguiTARisLOUD”, which gives us “The YELLowgui TARis LOUD”.

By about ten or 11 months, infants can combine several cues to word boundaries. They already know some highly frequent words and have some knowledge about which sounds can go together within a syllable – for example, that gr is okay in English, as in great, but gt is not OK. So, when we hear g followed by a t, we know that there must be a syllable boundary, as in pigtail.

Infants can also track transitional probabilities between syllables, which is the likelihood that one particular syllable is followed by another particular syllable. Such transitional probabilities are higher within words than between words. For example, the likelihood of hearing ba and then by in a stream of speech is higher than that of hearing ba and then is. We hear ba and by together every time somebody says the word baby. But bais is not a word, and so we only hear these syllables together if a word ends in ba and the next word happens to start with is, for example, in the sentence The bay is nice.

Equipped with all this knowledge, older infants can correctly segment “TheYELLowguiTARisLOUD” as “The YELLow guiTAR is LOUD”. So by the time infants say their first word, they are quite skilled at segmenting the stream of speech that they hear into individual words and they know some familiar words. 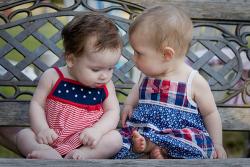 https://www.flickr.com/photos/deanwissing/3565255880/sizes/l: https://creativecommons.org/licenses/by-sa/2.0/But saying one’s first word is not just about identifying words in the stream of speech. Infants also need to be able to say the words. And by their first birthdays, they have been practising for months. This practice comes in the form of babbling. Starting at about six months of age, infants start producing seemingly random syllables such as na-na and da-da. Later, these are more variable, such as kadabu, and can sound like whole sentences made out of nonsense syllables. However, these syllables have no associated meaning. So, a babbled da-da does not really mean daddy.

In the transition from babbling to the first word, infants start to associate forms with meanings, for example, associating na-na with the kind of fruit that we call a banana. So when Princess Charlotte says her first word, this is an important milestone in her language development. But it is far from the beginning of language acquisition. Rather, she will have been listening, observing, finding patterns, and practising for months. The first word is the culmination of all this learning and marks the beginning of an infant’s ability to use language to communicate.