A new network for Welsh documentary makers co-founded by a film lecturer at the School of Creative Studies and Media at Bangor University will launch this month.

Documentary Wales / Dogfen Cymru has been established by practitioners to act as a catalyst to support, stimulate, inspire and nurture documentary making in Wales.

The launch event will be held at the on the 8th of June at Sheffield Doc/Fest, the UK's largest international documentary festival.

Documentary Wales will be co-hosting a meet-up with Ffilm Cymru Wales, at which Welsh filmmakers can discuss their projects with international funders, distributors and sales agents from 10 European countries.

Documentary Wales will also be curating a series of screenings, Q&A sessions, industry sessions and networking drinks starting this autumn.

Joanna Wright, a lecturer in media practice at the School of Creative Studies and Media, said that Dogfen Cymru aims to act as a catalyst in supporting, inspiring and nurturing documentary filmmakers in Wales.

“We hope to promote creativity, with a forward looking international outlook that will raise the profile of documentary filmmakers working in Wales or with Welsh subject matter,” she said.

“We also want to bridge the gap between industry and academia, and be the international go-to organisation for all things documentary related in Wales.”

Documentary makers can join the online forum through the website. 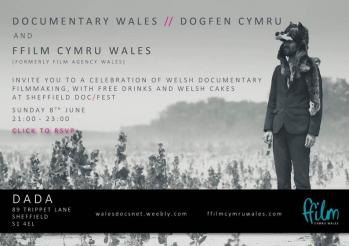