A Bangor University PhD student has won a competition led by #SmallNationsBigIdeas which invited researchers across four Welsh Universities to communicate by video the value of their research in tackling global climate change.

The #SmallNationsBigIdeas campaign showcased, during COP Cymru and Wales Climate Week, a number of research and innovation projects .
Theresa Bodner, a third year PhD student at Bangor University’s Sir William Roberts Centre for Sustainable Land Use submitted a short video explaining her research into how well unplanted trees that grow outside woodlands are establishing, and how we might include these trees in overall plans to expand woodland.

“According to the latest government report, around three percent of trees are growing outside existing mapped woodlands,” she explained.
“These include trees which have naturally colonised previously unwooded land. In a country where we only have around 13 percent of total woodland cover to begin with, that is 750,000 hectares of extra tree cover that can be used to achieve climate change targets. This is an obviously valuable resource and one we know very little about, as these trees are not included on formal maps and planting plans.”

Theresa also appealed to viewers of her short video to contact her with details of trees growing outside of formal wooded areas.

Theresa entered the competition as she feels that scientists underestimate the soft skill of explaining their work to non-scientific parties, such as the public, those in other sectors and policy makers.

“I was really surprised I won. I love science communication, especially in short videos like this. I’m super happy a lot of people saw my video and I can raise my work’s profile and engage with new people and their work.”

Prof Morag McDonald, who was part of the judging panel, said:

“I very much enjoyed watching the videos which revealed the fascinating diversity of important research by early career researchers in Wales which is contributing to tackling climate change. Theresa’s film stood out as was immediately engaging and suggested ways in which the general public could get involved in her research.”

Theresa hopes to complete her research early next year and to produce new pieces of research as a result of her findings.

“Theresa is an excellent researcher and communicator, and her success in this competition is fantastic! Her research is extremely timely as more attention is now being given to ways in which woodlands can be expanded through approaches that require only limited management intervention. Natural regeneration and colonisation, including by trees outside woodlands, is being taken increasingly seriously as a way of mitigating climate change. Theresa’s work and geographic information system analysis will form a foundation for further research at Bangor in this area.”

Theresa, who is Austrian, finds Bangor’s  size helps her to focus on her work and says:

“I chose Bangor because I believe this place could be one of THE institutions of cross-sector research, innovation and sustainability of the future - in an environment where I can walk the beach and climb a mountain on the same day, what else could you want – in the age of the internet who cares about spatial distance anymore, anyway!” 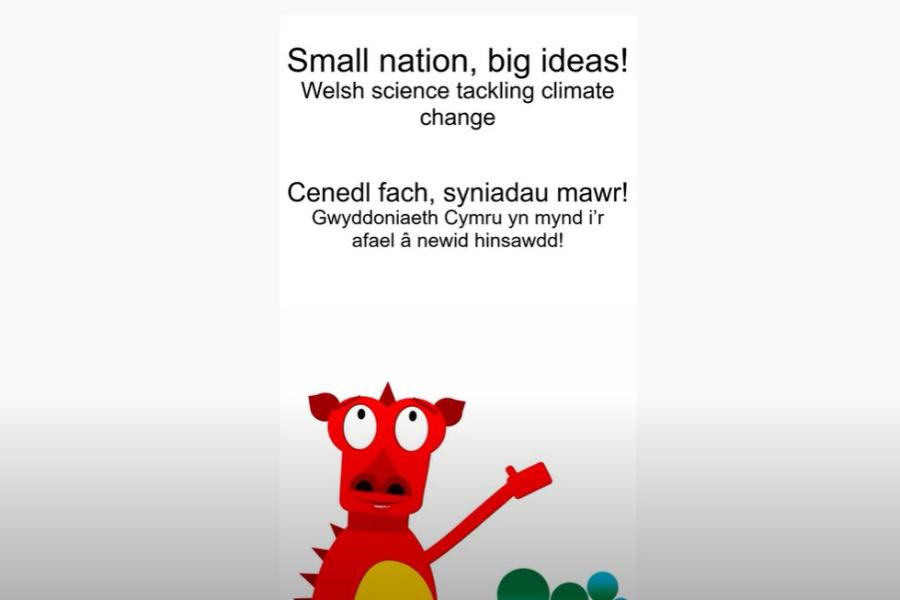