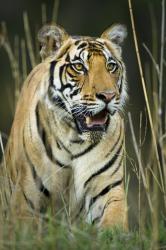 In today’s edition of the journal BioScience, 43 wildlife experts from six continents note that an extinction crisis is unfolding for large mammals, from those that are poorly known, such as the scimitar-horned oryx, to more familiar species such as gorillas and rhinoceroses.

They have issued a 13-point declaration that calls for acknowledgement of threats, a halt to harmful practices, a global commitment to conservation and recognition of a moral obligation to protect the planet’s large animals, or megafauna.

“The more I look at the trends facing the world’s largest terrestrial mammals, the more concerned I am we could lose these animals just as science is discovering how important they are to ecosystems and to the services they provide to people,” said William Ripple, distinguished professor of ecology in the College of Forestry at Oregon State University and lead author. “It’s time to really think about conserving them because declines in their numbers and habitats are happening quickly.”

Ripple has studied the ecological effects of predators such as cougar and wolves in North America, and collaborated with other wildlife experts to analyze global trends facing large carnivores — wolves, lions, tigers and bears — as well as large herbivores, including elephants, rhinos, zebras and tapirs.

“Most mammalian megafauna face dramatic range contractions and population declines,” the authors wrote. “In fact, 59 percent of the world’s largest carnivores and 60 percent of the world’s largest herbivores are classified as threatened with extinction on the International Union for the Conservation of Nature Red List. This situation is particularly dire in sub-Saharan Africa and Southeast Asia, home to the greatest diversity of extant megafauna.”

Among the most serious threats to endangered animals, they wrote, are the expansion of livestock and crop operations, illegal hunting, deforestation and human population growth.

“In addition, the disappearance of such species could significantly undermine the future potential for communities to benefit from tourism. In areas where people live with these species, there is a need for mechanisms to promote coexistence. We need to minimize the negative impacts on local communities that stem from human-wildlife conflict or risk to human life.”

The scientists call for action on two fronts: expanded interventions at scales that are relevant to animals’ habitat needs, and large-scale policy shifts to alter the ways in which people interact with large animals.

The authors emphasized that some conservation initiatives have had success. 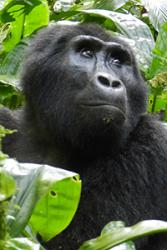 The threatened Eastern gorilla, (Gorilla gorilla). : Photo by Peter Stoel via Oregon State University.Matt Hayward, a co-author from Bangor University in Wales, U.K. has experienced this success first hand. “The elephants in the Addo region of South Africa were hunted almost to extinction. When Addo Elephant National Park was created in 1931 only 11 elephant remained. Through intensive protection, and more recently the introduction of new genes, this population of megaherbivores has increased to over 600 individuals. A similar scenario has played out with European bison in Białowieźa, Poland. We need to learn from these success stories and apply the lessons more broadly.”

However, they added, the resources for effective implementation of conservation strategies are seldom available in regions with the greatest needs. “Therefore,” they wrote, “the onus is on developed countries, which have long ago lost most of their megafauna,” to conserve their own species and to support initiatives in other regions.

The article is published in six languages in addition to English: Spanish, French, Chinese, Malay, Portuguese and Thai. “The translations were provided by some of the co-authors,” said Ripple.

“We must not go quietly into this impoverished future,” the authors wrote. “Rather, we believe it is our collective responsibility, as scientists who study megafauna, to act to prevent their decline. We therefore present a call to the broader international community to join together in conserving the remaining terrestrial megafauna.” 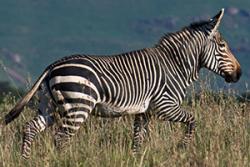