This article by Steffan Thomas, Lecturer in Film and Media, at the School of Creative Studies & Media was originally published on The Conversation. Read the original article.

Music streaming services are hard to beat. With millions of users – Spotify alone had 60m by July 2017, and is forecast to add another 10m by the end of the year – paying to access a catalogue of more than 30m songs, any initial concerns seem to have fallen by the wayside. 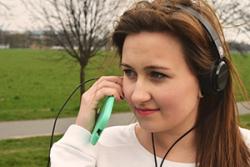 But while consumers enjoy streaming, tension is still bubbling away for the artists whose music is being used. There is a legitimacy associated with having music listed on major digital platforms, and a general acknowledgement that without being online you are not a successful business operation or artist.

Even the biggest stars are struggling to deny the power of Spotify, Apple Music and the like. Less than three years after pop princess Taylor Swift announced she would be removing her music from Spotify, the best-selling artist is back online, as it were. Swift’s initial decision came amid concerns that music streaming services were not paying artists enough for using their work – a view backed up by others including Radiohead’s Thom Yorke.

But while Yorke and Swift can survive without the power of streaming, independent production companies with niche audiences may not be able to.

Though the music industry is starting to get used to streaming – streamed tracks count towards chart ratings, and around 100,000 tracks are added every month to Spotify’s distribution list – it is still proving difficult for independent music companies to compete for exposure on these platforms.

Coping with diminishing sales of CDs and other physical copies of music, independent labels are already in a tough place. Independent labels and artists are also unable to negotiate with large digital aggregators such as Spotify or Deezer for more favourable rates, and are forced to accept the terms given. Independent labels lack the expertise, but mostly lack the catalogue size for bargaining power. Major record labels, backed by industry organisations, on the other hand can and have successfully negotiated more favourable terms for their artists based on the share of the catalogue that they represent.

There’s also been a shift in industry approach that some independent labels may find difficult to do. These days, major labels are focused less on the artists themselves and more on which music will do best on new platforms. This undermines the ethos for many culturally rich independent labels who work hard to safeguard niche areas of their market. For them, it is about building up different genres, not simply releasing songs that will generate the most money.

So if niche labels can’t get a strong footing on large services, what can they do? 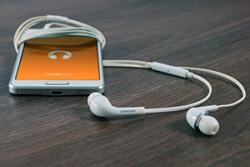 Where once there were free sites such as SoundCloud, which gave emerging and niche musicians a place to share their music, indy labels are now developing their own streaming services to make sure their artists get the best exposure – and the best deal.

Wales in particular is leading the way for the minority language independent music scene. Streaming service Apton, launched in March 2016, provides a curated service to its music fans. It operates at a competitive price point, with a more selective catalogue representing several Welsh labels. More importantly, it returns a much fairer price to its recording artists than Spotify’s reported 0.00429p per stream.

By using a specialist, curated and targeted music service – such as Apton, or similar services The Overflow and PrimePhonic – consumers are better able to find the music they are looking for. Listeners are also more likely to value the service, as they can access and experience a greater percentage of a label’s catalogue or remain within a niche genre of music, compared with mainstream mass-market streaming services, where mass market recommendations are generated via popular playlists. Users of these streaming sites and apps also value the knowledge that the money they spend is being used to support the artists they follow.

Though they are certainly doing well as is, streaming services at all levels need more work to become the default for music listening. In addition, it is vital that music publishers start using streaming as a gateway for consumers to engage with the music they want to hear, rather than what they want to sell. If the former strategy continues to be followed, it may have a devastating effect on budding artists.

Likewise, listeners need to feel that streaming offers a level of transparency, value and that there is a two-way relationship worthy of their time and attention – something the major players could certainly learn from the independents.