This article by Tony Dobbins, Professor of Employment Studies at Bangor Business School was originally published on The Conversation. Read the original article.

Pro-Brexit Conservative government ministers like Michael Gove are demanding the EU Working Time Directive be scrapped, according to reports. In a Sunday Times interview, foreign secretary Boris Johnson urged prime minister Theresa May to negotiate a Brexit trade deal enabling Britain to ditch EU laws, warning about being a “vassal state” of Brussels.

EU employment rights have faced prolonged opposition from Conservative MPs. They are seen to impede the flexibility of UK business and labour markets. It is no surprise then that the directive is being attacked by right-wing Brexiteers, with The Sun newspaper claiming they have widespread cabinet support to axe it after Brexit. This is despite previous promises by the prime minister that: “The Conservatives will guarantee all rights that workers currently enjoy as we leave the European Union.”

What is the Working Time Directive?

Significantly, however, it also permits member states like the UK “opt-outs” from the maximum 48-hour week, as long as individual workers agree.

The directive was transposed into UK law under The Working Time Regulations 1998, implementing the following main rights:

The Sun quotes a government minister claiming that axing the directive “will give employers the added flexibility they will need once we have left the EU” and enable British workers to earn higher wages by allowing “millions of people to earn vital overtime cash”.

But this claim is contestable. It fails to recognise that many individuals can already voluntarily opt-out of the directive and work more hours if they want to. Plus, according to a government impact report looking into the matter, “no clear conclusions can be drawn” about the directive’s impact on wages. 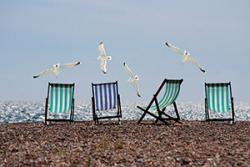 Holidays are overrated anyway.Various commentators warn of the adverse consequences for workers’ health and well-being if the directive is axed. Doing so would remove legal rights to paid holidays, maximum working hours and rest breaks – potentially opening the door to further employer exploitation of workers who have weak bargaining power and/or no collective trade union representation.

Trades Union Congress general secretary, Frances O’Grady commented:
"This is a straight-up attack on our rights at work. Millions could lose their paid holidays, and be forced to work ridiculously long hours."

Charlotte Cross, director of the Better Health at Work Alliance, told The Chartered Institute of Personnel and Development (CIPD) that it “could be a damaging step for employee well-being in a workforce already plagued by high stress and poor mental health”.

So there are valid arguments for working fewer – not more – hours, or to distribute working hours more equitably. The UK has a polarised labour market: some employees work too many hours, whereas others experience underemployment and zero hours contracts. Scrapping the Working Time Directive protections would be detrimental for workers, especially those who already experience precarious working conditions.

Did workers vote for this? 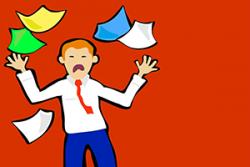 The Working Time Directive is designed to stop this kind of behaviourIt seems doubtful that many who voted for Brexit voted to remove legal rights to paid holidays, rest breaks, and maximum hours, hence the spinning of facts by right-wing politicians and media. Many workers may be unaware that these rights originated from EU employment legislation, and what they will lose if they are removed.

Even before Brexit kicks in, the UK labour market is one of the most lightly regulated in the EU. This is despite EU employment laws, which have often been implemented in a minimalist way – the UK opt-out from the 48-hour week is a prime example of this.

If the Conservatives remain in power and the Brexiteers broaden their deregulation of EU employment rights post-Brexit, the attack on the Working Time Directive could signal a more extensive dismantling of protections for vulnerable workers. The concern is that a race to the bottom will unfold with a continued quest for even greater labour market flexibility.