This article by Stephen Clear, Lecturer in Law, Bangor University was originally published on The Conversation. Read the original article.

The criminal justice system in England and Wales is failing victims and witnesses to such an extent that MPs say it is now “close to breaking point”. Years of budget cuts and changes have led to a justice system that is in meltdown. 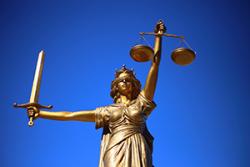 With such a crisis at hand, one would expect some kind of “strong and stable” leadership from the UK government. Yet, in the most recent cabinet reshuffle, the prime minister, Theresa May, once again appointed a new lord chancellor and secretary of state for justice, David Gauke. Gauke is the sixth justice secretary since 2010, and Theresa May’s third. He replaced David Lidington just six months after he took up the role. Prior to that Liz Truss held the position for less than a year.

The Ministry of Justice is considered a major government department. Supported by 32 agencies and public bodies, its core purpose is to protect and advance the principles of justice, while upholding the rule of law. In fact, the UK justice systems has long been “the envy of the world”. An “independent judiciary” with “global lawyers”, the “brand” is recognised as “internationally outstanding”. But the lack of consistent leadership is causing it to stall. Though there are permanent secretaries working within the ministry, it is the secretary of state who “steers the ship”, and maintains relationships and trust between the government and the judiciary.

The post of lord chancellor – now more commonly known as the secretary of state for justice – dates back to medieval times, when they were responsible for the supervision, preparation and dispatch of the king’s letters, using the sovereign’s seal. Prior to the Constitutional Reform Act 2005, the lord chancellor held roles in all three arms of the state. They were a senior judge, a member of cabinet, and presided over the house of lords.

Today the lord chancellor is an elected MP who holds the cabinet position of head of the ministry of justice. While they still have the ancient title of lord chancellor, the role focuses on responsibility for the efficient functioning and independence of the courts, along with other important constitutional roles.

But constant changes at the top mean that the secretaries of state for justice have not fulfilled these roles. In the meantime, judges have been branded “enemies of the people” – with only a slow response to defend them – and their diversity has been called into question.

On this latter point, in early 2018, David Lidington said that judicial diversity targets were “not the answer” to the issue. So what is? While the judicial appointments commission has a role to play in diversity matters, a secretary of state must be in place to set out the the government’s position on what is a pressing matter. The judiciary should represent the people of society, and right now it is not doing so.

Looking to the front of house, England and Wales also needs a secretary to lead on a meaningful review of the consequences of the £450m a year legal aid cuts, as well as their impact on the cost of justice. Much of what is being recognised now as bringing the justice system to melting point is the consequence of years of these cuts. Again, a secretary with longevity in the role could lead on the future direction of justice policy within the UK, as well as keep justice issues top of the government’s agenda.

Similarly, there is the impact of the extensive programme of court closures, which must be headed up by consistent ministerial leadership. The country needs someone to ensure adequate responsibility is taken for the decisions being made, and to ensure that access to justice is not restricted.

However, none of this should be taken to mean that just any MP should be handed the role of justice secretary simply because they will last in the job. The ministry of justice requires a secretary with an understanding of the wider profession as it is today and the challenges lawyers face.

In recent years, secretaries have not even had legal backgrounds – although it must be noted that the appointment of Gauke, a former solicitor, has broken this recent trend, a fact which could see policies being led by his more intricate understanding of the law.

Without heeding these glaring warning signs now, the “breaking point” could very quickly develop into a crack in England and Wales’s legal system. Only with someone at the helm who can take long-term responsibility for overhauling the country’s legal system can justice be truly served at all levels.