This article by Bernardo Batiz-Lazo, Professor of Business History and Bank Management, and Prachandra Shakya, PhD Candidate; both of Bangor Business School, was originally published on The Conversation. Read the original article.

It is 15 years since Transport for London (TfL) launched the Oyster card on London’s buses and tube trains, but Oyster hasn’t had a very happy birthday. 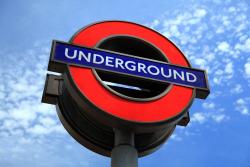 Instead of cake, candles and raised glasses, news broke that money trapped on dormant Oyster cards amounts to £321m, a princely sum that has effectively been loaned, interest-free from the public to TfL. This “mountain of cash” exists as credit on cards that haven’t been used for at least a year – either lost, damaged, abandoned, or stashed away.

To followers of Oyster-nomics, this is just one more episode in a marked decline affecting Oyster and similar top-up based systems. More and more cards have been slipping into disuse, while the percentage of journeys using Oyster has plummeted. Where did these troubles come from, and might the so-called cash mountain be the final straw?

To understand Oyster’s problems, we need to take a look at its history.

London was not the first world city to introduce labour-saving methods on its public transport, and there have been many attempts to use technology to ease the passage of commuters cramming into buses and trains. In the 1960s, the Japanese launched a cardboard ticket with a magnetic stripe on the back. The system is still used today, including on some British railway lines and the Mexico City metro.

In Hong Kong during the 1990s a diverse group of companies collaborated to develop Octopus – a payment card with a chip that dramatically reduced the city’s use of cash. Initially, the card solely served the city’s vast transport network – a direct forerunner of Oyster – but slowly expanded to include convenience stores, fast food restaurants and more.

By December 2017, more than 10,000 Hong Kong shops and service providers were accepting Octopus payments from 34m cards – accounting for 15m transactions a day. These corresponded to a daily spend of around HK$194m (£18.7m).

The Oyster card seems brittle by comparison. While Octopus morphed into a contactless, stored value smart card capable of online and offline transactions, Oyster remains a glorified travel card. TfL oversees 3.99 billion journeys every year, so have easily had the influence and financial muscle to help develop Oyster if they had wanted. Predominantly, they have chosen not to.

At one stage there were ambitions to expand the Oyster network to Britain’s ATMs, so that customers would be able to top-up at any hole-in-the-wall. But in the course of our ATM research, interviewees in the banking sector suggested it was political infighting in LINK – the sole ATM network in the UK – that kept the plans on the shelf, rather than any technological or commercial concern. A clear missed opportunity for Oyster to develop, Octopus-esque, and establish similar schemes across the country.

As it is, while some global counterparts have evolved to keep up with the new applications of contactless technology, Oyster has been touching in and out the same way since 2003. 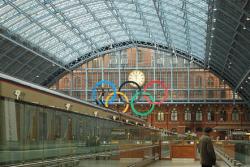 After much lobbying, this led to TfL starting to accept EMV payments. “EMV” – “Europay, Mastercard, Visa” – refers to technical specifications which, within specific guidelines, make chips in payment cards and point-of-sale terminals compatible. This allowed contactless bank cards to be used instead of Oyster, initially on London’s 8,500-strong fleet of red buses.

By the end of 2013, London’s entire network of buses, tube trains, trams, metropolitan rail lines, and TfL-operated river boats was open to EMV payments, and in 2014 TfL doubled down by banning cash payment for bus fares. At the time, fewer than 40% of the 96m debit cards and 58m credit cards in the UK were contactless, but by the end of 2017, 70% of all payment cards had contactless capabilities. Similar trends were expected in the wallets of many of London’s 15m or so annual overseas visitors.

An Oyster with no pearl

In effect, punters have loaned TfL this money, interest-free, and there’s no guarantee it will be fully returned. When breaking the news, Liberal Democrat London Assembly member Caroline Pidgeon stated that it was “time TfL devoted far more time and energy telling the public how they can get their own money back.”

But as with energy companies, TfL has no financial incentive to persuade the public to withdraw their balances. Gas bills at least are usually large enough to jerk the claimant into action, whereas Oyster balances are spread across 76m units (73% of which have lain dormant for a year or more), each containing an average of £2.86. One solution would be to imitate airlines and air miles – TfL could set a deadline by which to withdraw dormant money, or lose anything that goes unclaimed.

This dormant money has set off alarm bells across the pre-paid industry, and shows how non-financial organisations can heavily affect the way payment methods develop. In this case the bargaining power clearly lies with the transport operator (TfL) and not the user as, regardless of people’s preferences, they have to conform to the operator’s choice of payment method. Whether Oyster stays or goes will depend on TfL’s strategy, not on benefits to users.

Nevertheless, this is just one narrative in a much wider story: cash transactions are digitising, payment methods proliferating, and top-up systems like Oyster must evolve quickly or face extinction. Advances barely on the horizon a few years ago are now setting the industry standard, and the Oyster card has spent 15 years in stasis. One day soon it may be touching out for good.