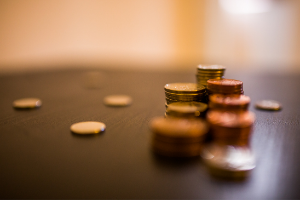 The Banking Union and its centralised banking supervision mechanism have reduced the riskiness of the European banking sector, according to new research led by Bangor University.

In response to the financial crisis, the European Commission pursued a number of initiatives to create a safer financial sector for the single market.

These initiatives form a single rulebook for all financial actors in the 27 EU countries and included stronger prudential requirements for banks, improved protection for depositors, and rules for managing failing banks.

Officially established in November 2014, the Banking Union created a new supervisory authority the Single Supervisory Mechanism (SSM), directly led by the European Central Bank (ECB). There are currently 117 banks in 19 countries supervised by the SSM, representing 85% of total assets of the whole European banking sector. The SSM directly supervises these banks, whereas national supervisory authorities (NSAs) continue to supervise the remaining part of their national banking system.

Yener Altunbas, Professor in Banking at Bangor Business School explains, "Based on the idea that the reduction of the excessive credit risk exposure of European banks was amongst the main policy objectives of the Banking Union, we wanted to test the effectiveness of this new supervisory arrangement in achieving this goal."

By analysing a sample of 746 European banks over the period 2011-2018, the study by Bangor Business School and colleagues from the University of Genoa and University of Palermo, Italy investigated the impact that establishing the Single Supervisory Mechanism (SSM) has had on credit risk of SSM supervised banks in comparison to financial institutions that are still supervised by National Supervisory Authorities.

The results, recently published in the Journal of International Money and Finance, show that that banks supervised directly by the SSM have reduced their credit risk exposures more than their nationally supervised peers after the establishment of the Banking Union and the introduction of the SSM.

Prof Yener Altunbas said, "The alignment of the policy objectives of the supervisory authorities in Europe and the centralised mandate under which the National Supervisory Authorities operate guarantee the effectiveness of Single Supervisory Mechanism supervision, and allows the European Central Bank to achieve its policy objectives in terms reducing credit risk.

"Our conclusion is that even more integrated banking supervision might further enhance the stability and the soundness of the European banking system, enabling the banking sector to take advantage of the benefits associated with centralised supervision.”

The study “Centralised or Decentralised Banking Supervision? Evidence from European Banks”, Giuseppe Avignone, Yener Altunbas, Salvatore Polizzi and Alessio Reghezza, is published in the Journal of International Money and Finance and can be viewed here