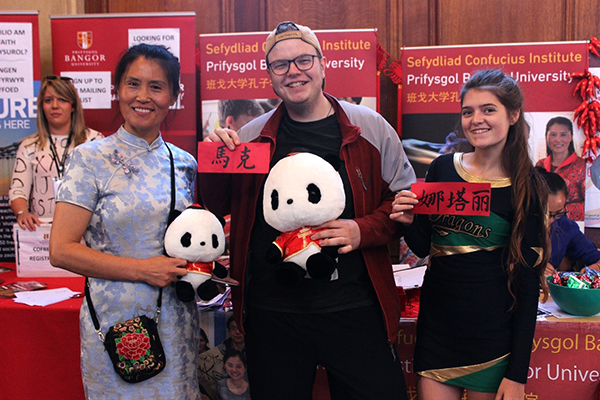 Thousands of students attended the two-day event, which aims to introduce new students to the University, and the Confucius Institute’s elaborately decorated stand attracted a great deal of attention – especially the Chinese sweets and fortune cookies! The CI teachers dressed in traditional Chinese clothes and provided demonstrations of calligraphy whilst talking to students about the CI’s work and upcoming events such as the Chinese Film Weekend.

Serendipity provides a fantastic opportunity for the CI to promote Chinese language and culture, and it is also a good place to meet people face-to-face and gain support from Chinese and foreign students who wish to be volunteers for the CI. Altogether, contact details for over 150 students were collected; a significant addition to the CI’s mailing list and also a great many new friends to invite to our new Student Chinese Club, which will begin at the end of October.