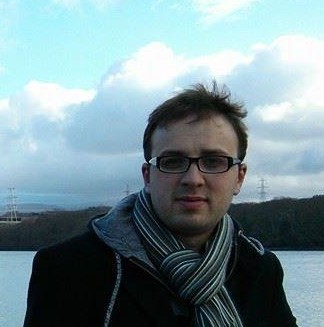 Dr Marc Collinson teaches contemporary history and politics. An active political historian of post-war Britain, he is currently writing a study of Smethwick in electoral politics, c. 1955-1970. He is a Fellow of the Higher Education Academy and an Associate Fellow of the Royal Historical Society.

Dr Collinson was appointed Teaching Associate in 2020 after several years as a part-time Tutor in the School. He teaches modern history and contemporary politics.

A Fellow of the Higher Education Academy, Dr Collinson is a published practioner-researcher (Innovative Practice in Higher Education, 2021) with an interest in employability, and has graded on the University's internal PGCertHE.

Building on his PhD research, Dr Collinson's scholarly interests focus on how post-war socio-economic change interacted with perceptions of locality to affect political parties and Government. He is also interested in political leadership and policy history, together with the significance of agency, ideas, and myth in electoral politics. These interests are divided into three main themes:

This examines how political parties and political actors interpreted and interacted with localised processes, such as deindustrialisation and social change, in the construction and articulation of their political appeals to voters. The role of the Member of Parliament as an actor within this context remains a particular focus of this theme. Initial outputs have been published with Contemporary British History (2020); Midland History, Parliamentary History,Transactions of the HSLC & Transactions of the Halifax Antiquarian Society (all 2022).

The major output from this theme will be a monograph (under contract for the Routledge 'Studies in British History' series) re-examining the 1964 election contest at Smethwick.

Power and agency in institutional policymaking

The second focuses on understanding the role of political parties within the policymaking process within their historical contexts. This examines how the policymaking process developed within political parties, the relationship between parties and government through the agency of party leaders, ministers, and policy networks, and the role of ideas and their champions within a dissaggregated party structure. His PhD examined this process with regard to post war Commonwealth Immigration. In collaboration with Dr Anna Olsson-Rost (MMU) this approach has been applied to debates within the Labour party about the comprehensivisation of secondary education in post-war Britain. This has been published in the British Journal of Education Studies (2022).

This research theme considers how various communities and groups active at the local level understand, conceptualise, and react to national policy decisions and plans. So far, this project has focused on the UK Government's post-war construction of nuclear power stations in north Wales. It consideres the reponse of local actors, campaign groups (like the CPRW), and resident communities to these major state-backed interventions into local societies. Outputs have appeared in: Transactions of AAS (2018); Journal of Energy History (2021); The Local Historian (2022).

This builds on unarchived material collected in an earlier project in the School, seeking to publish an edition of these documents which evidence political change in post-war Manchester. Dr Collinson's team secured a research assistant through a University-funded, paid internship program to aid project development.