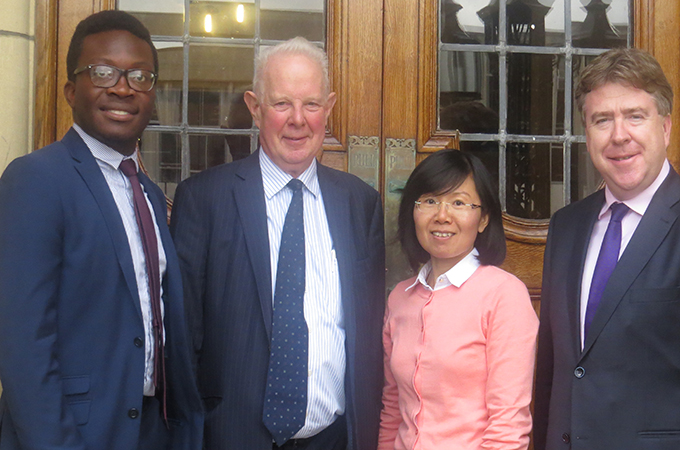 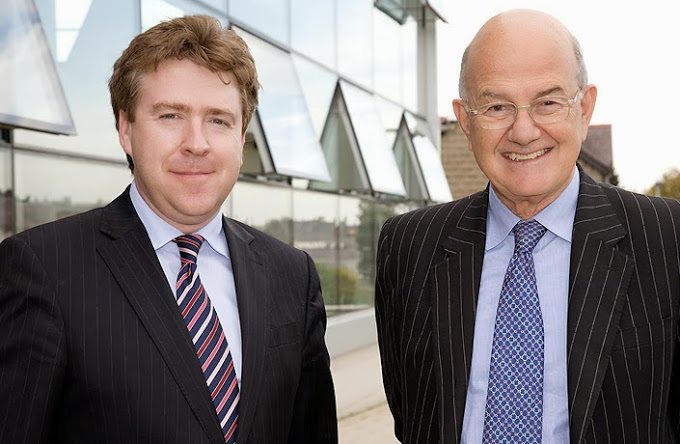 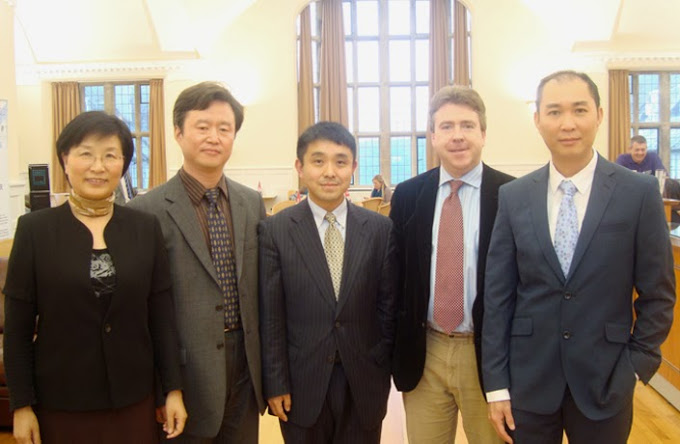 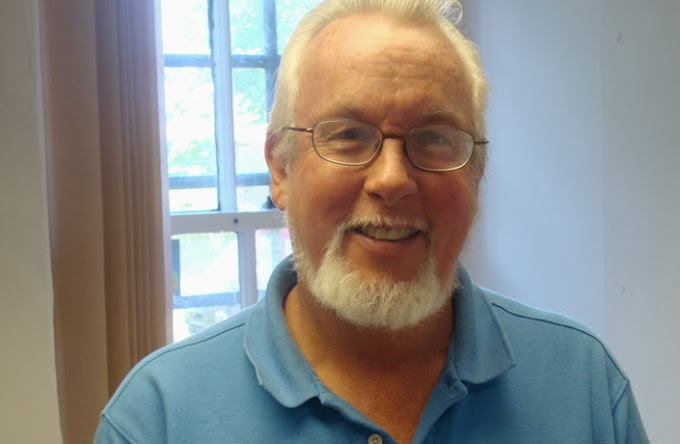 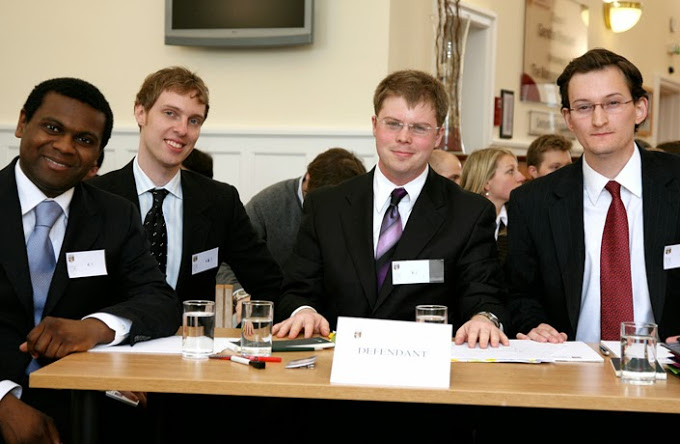 Participants at the European Moot Court Competition, which has twice been hosted at Bangor. 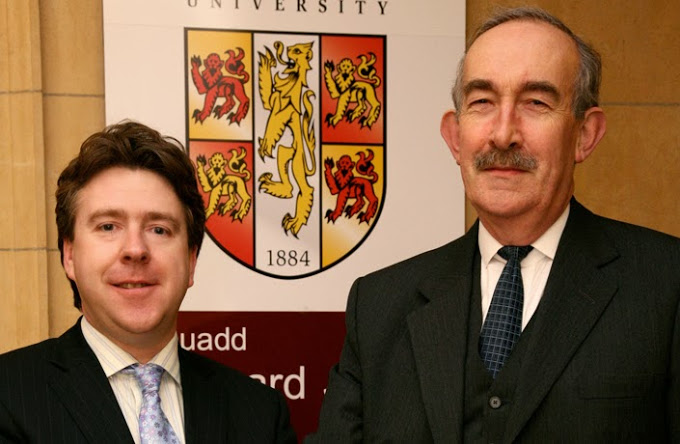 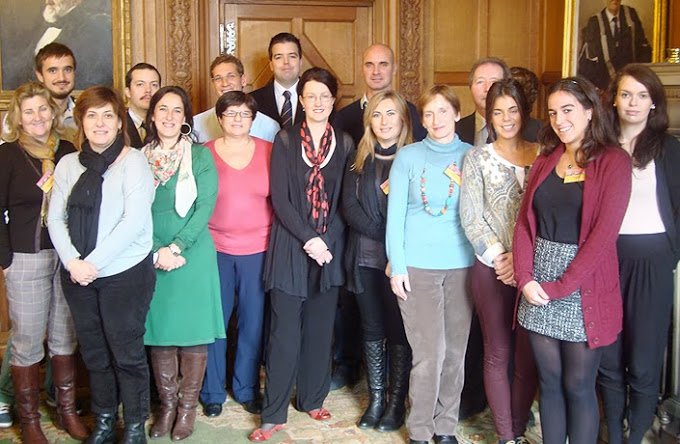 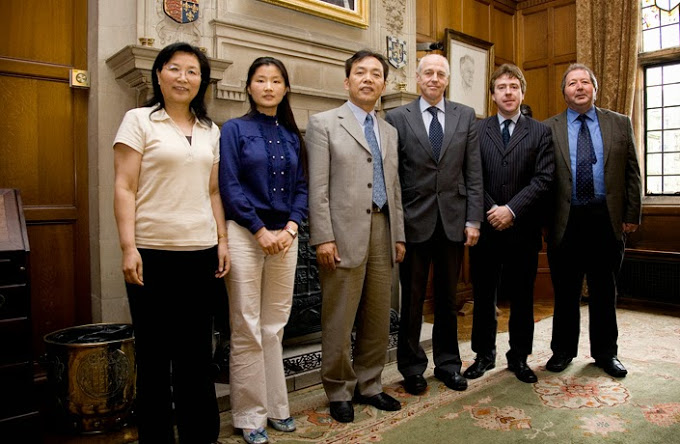 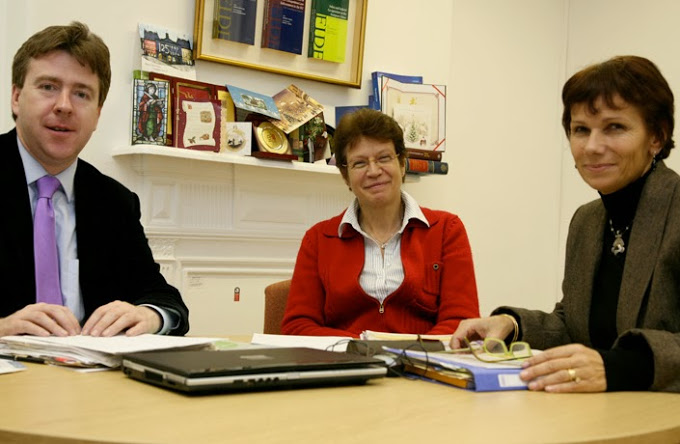 Prof. Dermot Cahill, Head of School, with Professor Sylvaine Peruzzetto and Madame Claudine Chambert of the University of Toulouse I, France 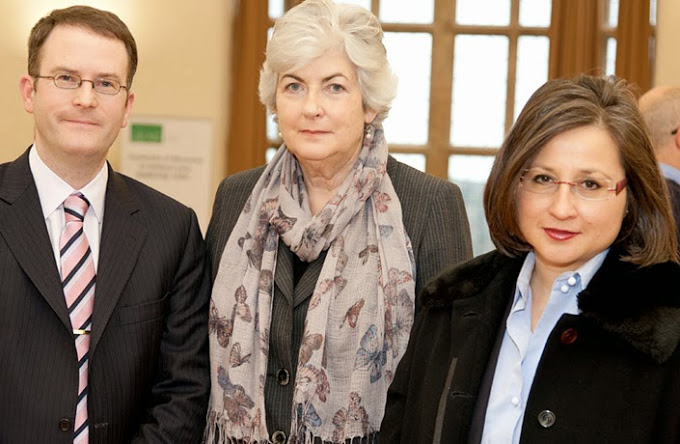 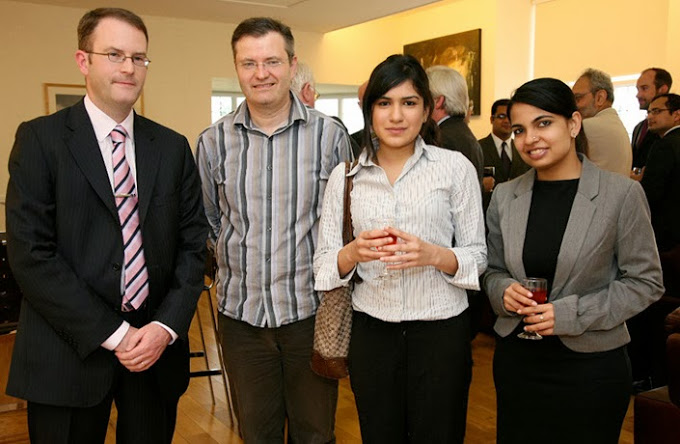 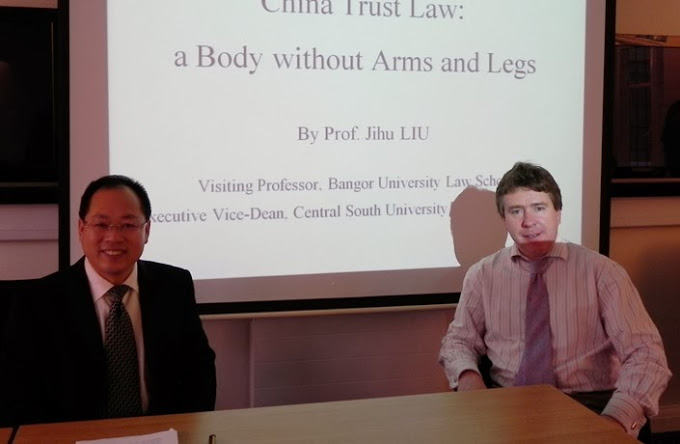 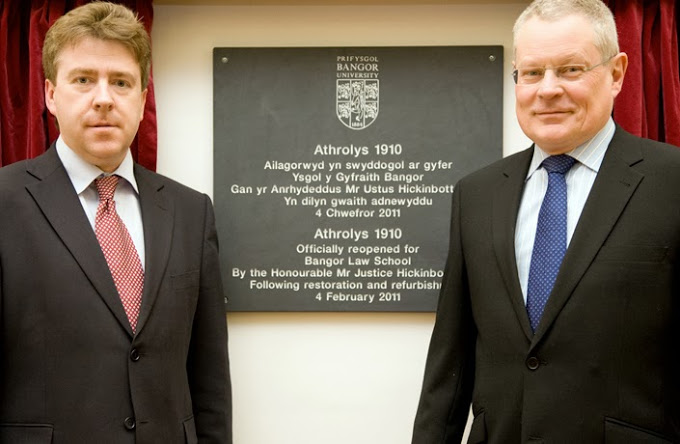 Mr Justice Hickinbottom (right), of the High Court of England and Wales, marking the opening of the refurbished Law School building, Athrolys 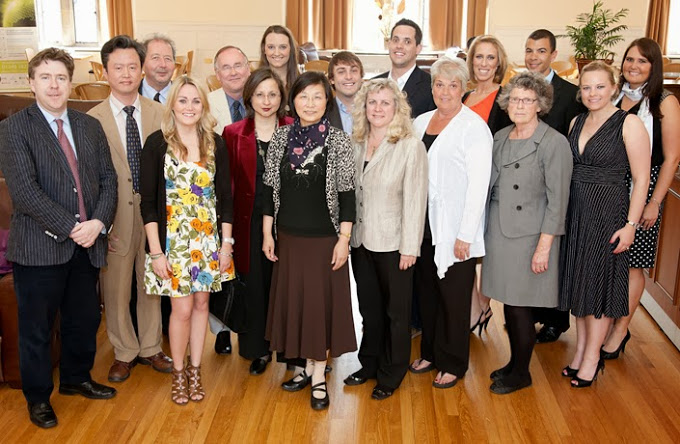 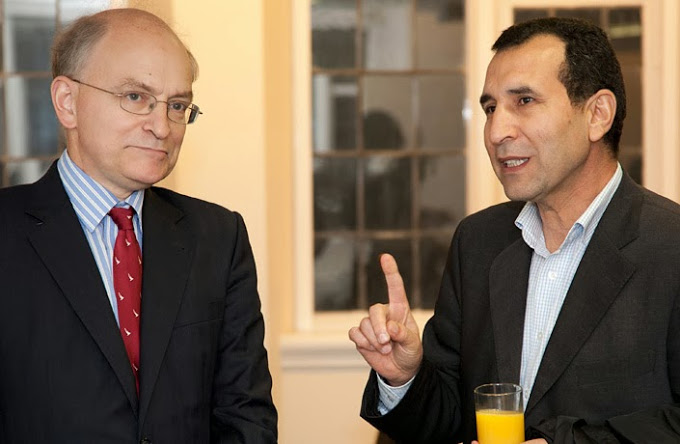 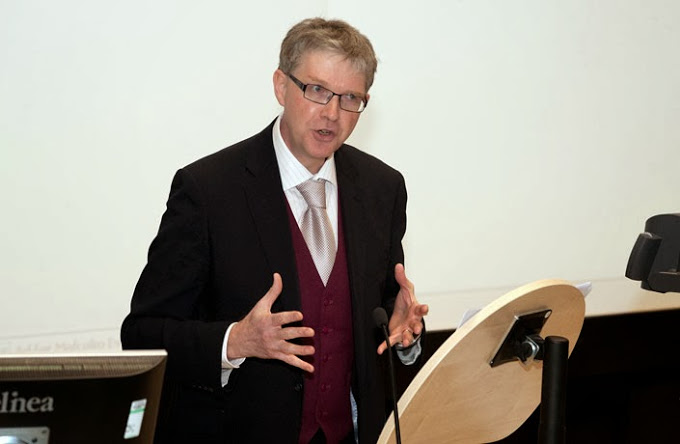 Professor Malcolm Evans OBE delivers a lecture on 'Freedom of thought, conscience and religion - the right that lost its way?', January 2012 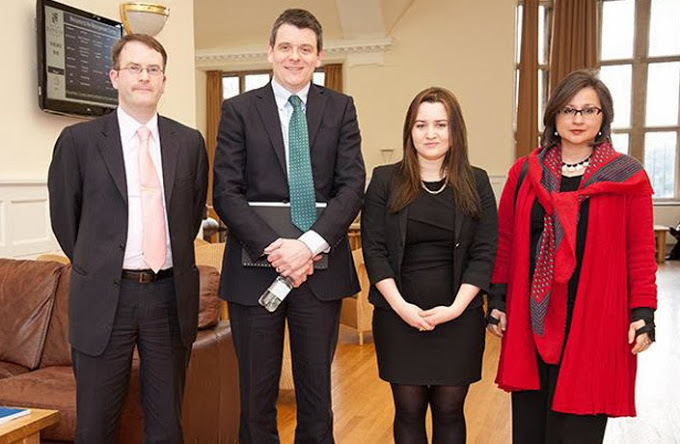 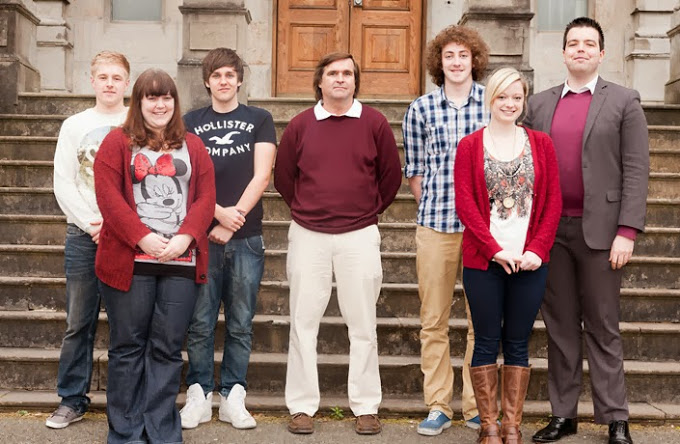 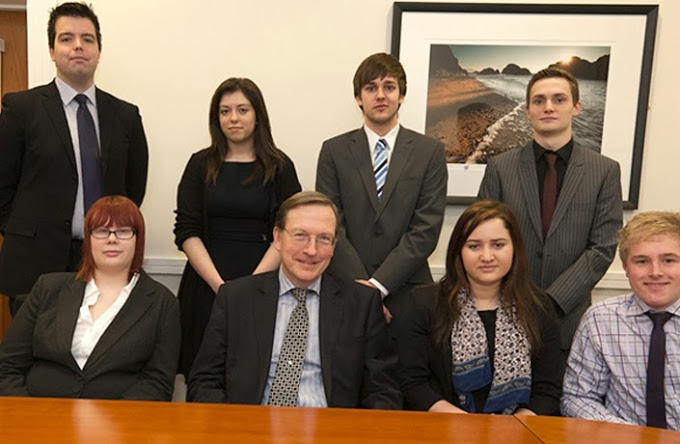 The Lord Neuberger of Abbotsbury, President of the UK Supreme Court, addressing the Legal Wales Conference at Bangor Law School in 2014 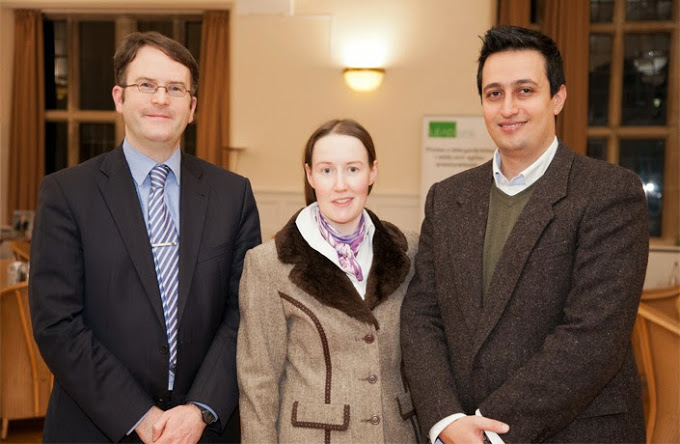 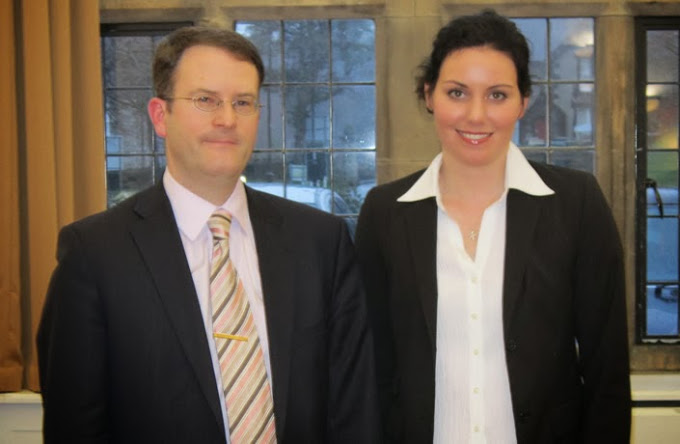 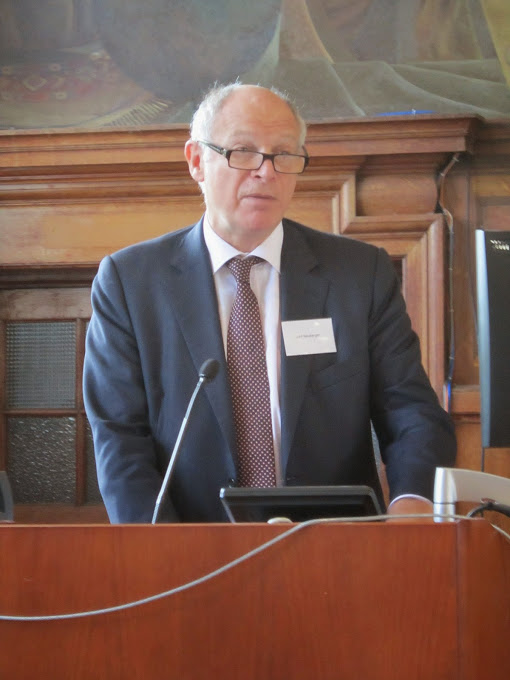 Lord Neuberger of Abbotsbury, speaking at the Legal Wales Conference at Bangor Law School in 2014 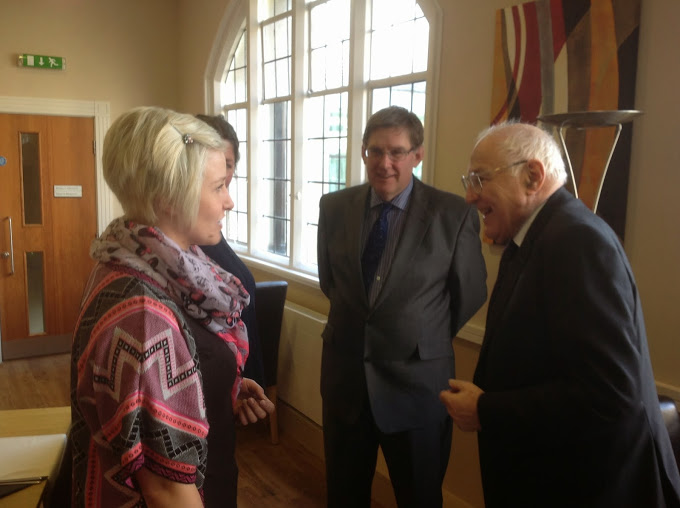 Professor Sir Roy Goode QC speaking to staff and students following his public lecture on ‘The Creativity of Commercial Law’ at Bangor University, 2015 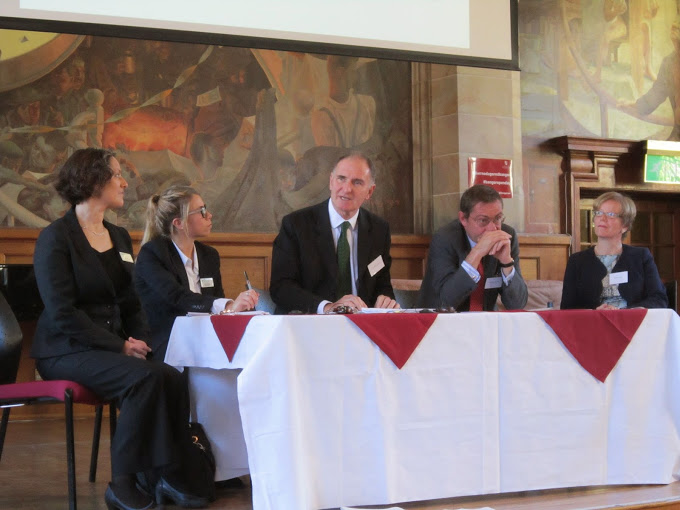 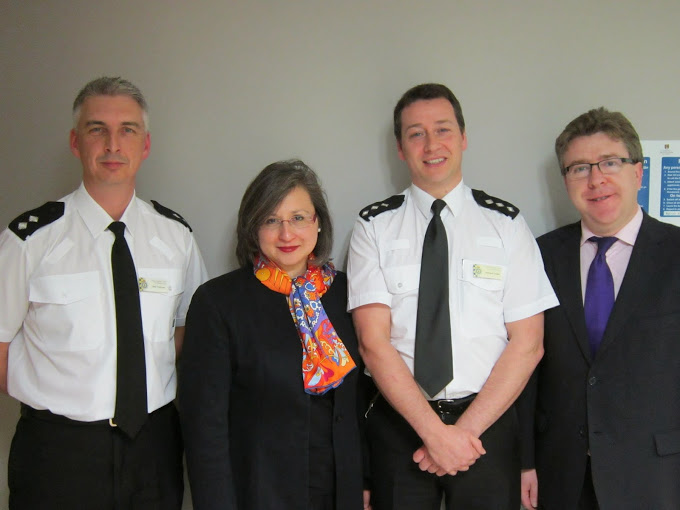 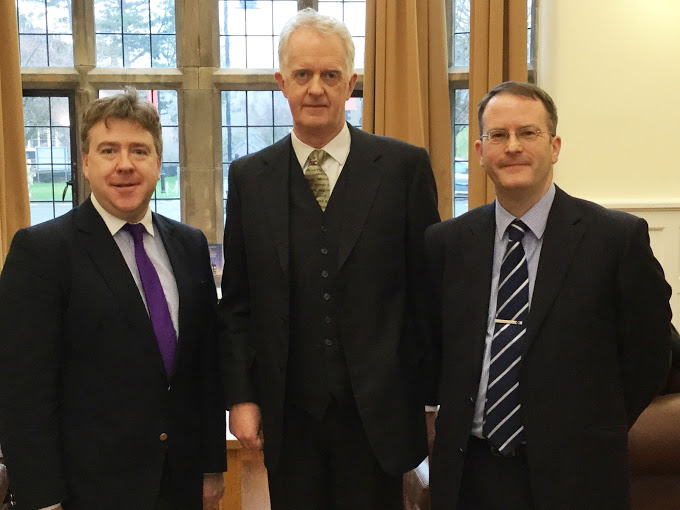 Below is a list of our guest speakers to date. Future events will be publicised on our Events page.

Annually, the School also welcomes a visiting scholar from a partnering institute, who spends several months contributing to teaching and research at Bangor. For more information about the Visiting Scholar Programme, click here.

The Rt. Hon. Lord Thomas of Cwmgiedd
Lord Chief Justice of England and Wales
"The development of the legal profession in Wales"

Mr Justice Peter Charleton
Judge of the Supreme Court of Ireland
"Passing Off: Elasticity and Limits of a Common Law Remedy" and "Homicide and Hatred: Some Reflections"

Professor Michael Dougan
Professor of European Law and Jean Monnet Chair in EU Law, University of Liverpool Law School
"Which European Future for the UK? Renegotiation, Referendum and Beyond"

His Honour Judge Jeremy Roberts QC
“The Role of the Parole Board: Then and Now”

The Rt. Hon. Lord Thomas of Cwmgiedd
Lord Chief Justice of England and Wales
“The Future of Public Inquiries”

Soran Qader
PhD candidate, Bangor Law School
“The International Law Principle of Uti Possidetis and its application in the relations between Iraq and the Kurdistan Region”

Tim Wynn-Evans and Professor Suzannah Linton
Formerly of the Serious Crimes Unit, United Nations Transitional Administration in East Timor
“Crimes against Humanity in East Timor: a case study of the Passabe Massacre in the Oecussi enclave”

Zoe Godolphin
University of Bristol
“Educating the Bank: the role of the World Bank in protecting the international right to education”

Professor Malcolm Evans OBE
University of Bristol
“Freedom of thought, conscience and religion – the right that lost its way?”

Mr Justice Hickinbottom
“Compensation for injuries in the workplace: have we slipped up?”

Dr Qi George Zhou
Law School of Sheffield University
“An Economic Defence of the Lords Decision on ‘The Golden Victory’ – Damages for Repudiation of a Contract.”

Sir Emyr Jones Parry
“We can influence our own law-making powers: An all Wales Convention”

Ms. Claire Howell
Aston University
“Corporate governance in a not for profit company: the board of a Registered Social Landlord”

Prof. Dawn Oliver
University College London
“The UK Constitution is in Transition: from where to where?”

Prof. Barry Rider
Jesus College, University of Cambridge
“The Next Financial War: the use of essentially civil asset recovery procedures in combatting corruption and fraud”