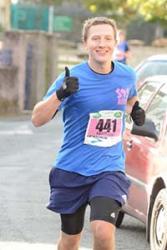 Dr Matthew DaviesA Bangor University research assistant will shortly embark on a once in a lifetime trip to Africa to teach chemistry. Dr Matthew Lloyd Davies from Neath, South Wales, who is a SPECIFIC Technology Transfer Fellow will lead a team of scientists from the UK and South Africa in running an outreach event in South Africa to teach workshops on chemistry.

Matthew is the project leader of the event “Catching the Light with the Rainbow Nation”, which is intended to increase the popularity and understanding of chemistry in Mafikeng and Durban. The event is funded by SPECIFIC which is an academic and industrial consortium led by Swansea University, with Tata Steel as the main industrial partner, funded by EPSRC, Technology Strategy Board and the Welsh Government.

The event will broadly be centred on a series of 25 school workshops along with demonstration lectures exploring chemistry, light and colour. Workshops will be held in the University of KwaZulu-Natal for schools in the surrounding area and in Mafikeng High School in connection with the charity SOS Africa. It is expected that over 1000 children, aged 3-18, will take part in the workshops.

Matthew has been involved with the charity “SOS Africa” for a number of years, and last year he was given the honour of carrying the Olympic Torch in recognition of his work with SOS Africa and for his passion for the promotion of science.

Matthew explains: “The SOS Africa charity tries to help and fund the education and care of underprivileged African township children. The charity is all about empowerment through education which is something I feel strongly about.”

“The aim of this outreach project is to engage with a large number of school children, and communities, across South Africa to increase the understanding and popularity of chemistry, and science in general. The project aims to have a significant impact on developing an interest and enthusiasm for chemistry within schools and communities in Mafikeng and Durban, South Africa.”

The workshops that will be given include sunlight to electricity; the manufacture of dye sensitised solar cells from fruit and everyday materials; the wonderful world of colour chemistry; cyanotype photography; and light, the spectrum, and colour.