This article by Tony Dobbins, Professor of Employment Studies, Business School Bangor University was originally published on The Conversation. Read the original article.

I’m angry and fed up with the way in which six million people earn less than the living wage.

Jeremy Corbyn, leader of the Labour Party, interviewed on the BBC’s Andrew Marr show on April 23. 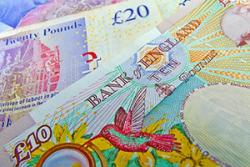 To assess this claim by Jeremy Corbyn, distinguishing various low-wage floors is important. In 2017, the Living Wage Foundation’s higher voluntary Real Living Wage (RLW) is £9.75 an hour in London, £8.45 elsewhere, based on a calculation of living costs.

Corbyn’s claim concerns the RLW, and the Labour Party directed The Conversation to figures from the Office for National Statistics (ONS), which show that in 2014 an “estimated 5.9m jobs were paid below the Living Wage”.

But the underlying ONS data refers to the number of employee jobs with hourly earnings below the RLW in April 2014, so Corbyn should be referring to jobs rather than people when making this claim. The two are not identical because some people may hold more than one job. It has been estimated that, in 2014, 5.4m people with one job earned less than the RLW.

Regarding the legal thresholds, in April 2016, when the NLW was introduced, an estimated 362,000 jobs were paid less than the statutory minimum – 1.3% of UK employee jobs. This includes those aged between 16 and 25.

The labour market (notably outside London and the South East) is still suffering from wage stagnation after the 2008 financial crisis and subsequent economic recession and austerity, with the low-paid hit hardest. The UK has drifted further towards a low wage, low productivity, low-quality employment model, while the membership density and bargaining power of trade unions to win higher wages has weakened.

Given ONS earnings projections, it would be more accurate for Jeremy Corbyn and others to refer to the number of employee jobs (rather than people) paid below the RLW. The latest available data indicates that 5.4m people with one job were earning less than the RLW in 2014. That said, in April 2016, 6.22m employee jobs were paid below the RLW, continuing a rising trend in recent years. So while Corbyn’s statement is somewhat misleading, it is true in essence.

I agree with the verdict, and Corbyn should have referred to six million jobs, rather than six million people. The concept of a “living wage” is a handy device to highlight low pay. What is less clear is to what extent a person earning such a wage might expect to “live”. This is most visible in the government’s NLW, which aims to increase the wages of older workers to 60% of median hourly earnings by 2020. This approach relates wages to what others earn, rather than the cost of living.

The RLW is related to living costs. But it is calculated using weighted averages for a range of families. For this and other reasons, some families, particularly those headed by lone mothers and couples with more than three children, being paid the RLW will face continuing poverty while in paid work. Even deeper poverty will be faced by such families being paid the NLW.