How do you cut back in order to save up? 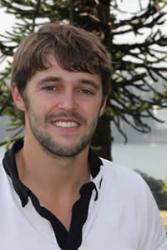 Dr Gwion WilliamsThe interest we can get on bank accounts is key to our ability to save up, according to financial expert, Dr Gwion Williams from Bangor University's Business School.

In 2017, families across Britain only managed to save up 3% of their monthly income on average, the lowest rate in half a century. On the whole, one in four families managed to save only £95.

Dr Gwion Williams has been offering advice to S4C’s new reality TV series, Y Tŷ Arian (Thursday, 19 April, 8pm), which offers six families from across Wales the opportunity to learn more about their spending habits in order to save up for a specific purpose.

Families from Lanfrothen, Merthyr Tydfil, Aberystwyth, Caerphilly, Brithdir (Dolgellau) and Waunfawr spend 48 hours in the ‘Money House’ discussing their spending habits and undertaking financial challenges before receving feedback, where we get to see how successful they’ve been and what they’ve learned from the process.

What hampers our ability to save up?

The series will raise a number of questions about the factors which affect our ability to sav money and to save up – from overspending on things we don’t need to the fast pace of life. But the problems which arise are certainly not unique to the ‘Tŷ Arian’.

Dr Gwion Williams said: “If people are busy, they’re more likely to buy takeaways and so on. It can cause people to spend more money where they really don’t need to. It’s part of the fast pace of life, which means people have less time to think about their money and banking. 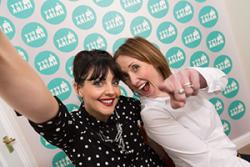 Presenters Leah Hughes and Dot Davies“There are a lot of adverts on TV telling people how easy it is to change [energy] provider but people just don’t have the patience to make the effort to do it. If they realised how much money they could save themselves, maybe they’d start thinking about it.

“One thing I saw from doing the series is that people don’t realise how much money they spend over the year. They say they spend too much on food or electricity but they don’t know exactly how much they are spending.

“If I were to count it all up, it would be easy for the families to see how much they spend and where they’re overspending. But is your every day family going to put that effort in themselves? Not everyone will go to a financial advisor to get details of their spending.”

Many people say they don’t have time to assess their financial requirements in detail, so Dr Gwion Williams has come up with five simple steps to help you save up.