Skyfall, the twenty-third James Bond film, is to be released 26 October 2012 to coincide with the 50th anniversary of the first film, Dr No  in 1962. But fans of the secret agent may be surprised to learn that Spanish readers of Dr No, one of Ian Fleming’s most popular novels, are reading a version which still bears cuts imposed by censors under Franco’s Dictatorship (1939-1975).

Readers in Spain will be equally surprised to discover that this and many of the published translations of the classics of English and American literature currently available are still the edited versions approved by the Dictator’s censors - and that until very recently many other novels had remained unavailable in Spain due to the legacy of the censorship of the Franco era. 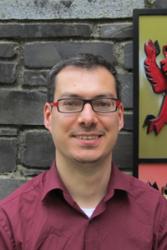 Dr Jordi Cornellà-DetrellDr Jordi Cornellà-Detrell, a Lecturer in Hispanic Studies at the School of Modern Languages set out to make a historic study of the censorship during Franco’s era, funded by an Arts & Humanities Research Council Early Research Scholarship, but was surprised to find that the edited versions are still being republished and read today:

“I began my study, comparing the censor’s changes to the original version of various novels including Dr No, when I realised that the modern reprint I was reading as the contemporary version was in fact the censored version, and I came to realise that the same was true of many other novels.”

As Dr Cornellà-Detrell explains: ”During Franco’s regime, foreign ideas were perceived as a potential threat to the moral and social fabric of the country.  The regime promoted the very catholic nature of Spain and censored literature that was at odds with this or with the political stance of the regime. Ian Fleming’s novels were fairly sexually explicit and salacious for that era, and this did not agree with the morals of a Catholic country.”

Discussing Dr No, Dr Cornellà-Detrell says that: “Attempts to publish the novel were met with fierce opposition by the Spanish censors, who considered that it subverted the moral values of the country. A translation of Dr No presented in 1960 was rejected outright by the censors. Five years later, they forced substantial cuts on the editor. The last two pages of the novel, for instance, were deemed to be pornographic and were completely excised, and as a consequence the ending feels rushed and makes little sense. The effects of censorship on this text, however, did not end with the regime’s collapse, since expurgated versions of Dr No were reprinted in 1996, 2001 and 2011. Fleming’s novel is by no means an exception; similar examples include John Dos Passos’s Parallel 42, Muriel Spark’s The Prime of Miss Jean Brodie, Ira Levin’s Rosemary’s Baby, Carson McCuller's The Member of the Wedding and J.M Cain’s The Postman Always Rings Twice, to name but a few examples.” 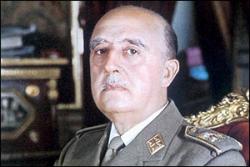 General FrancoHe continues: “Censorship is one of the most long-lasting and at the same time invisible legacies of Franco’s regime since, nearly 40 years after its demise, public, private and university libraries hold thousands of censored publications and publishers are still re-editing purged books without the readers’ knowledge. Since publishers have continued to offer censored books to the public, censorship still plays an important function in cultural life and cannot be considered a mere historical episode that has no relevance to the present.

Dr Cornellà-Detrell is now keen to explore why the advent of democracy did not stop the production, circulation and consumption of censored books. This question has never been asked before, which shows the extent to which certain aspects of the legacy of the dictatorship remain uncontested.

He says: “It is a well known fact that Spaniards have found it difficult to come to terms with and confront their problematic recent history. The Law for the Recovery of the Historical Memory, passed in 2007, was a major step in the re-examination of the country’s past, because it ignited a debate about the consequences of Francoist repression. This law condemned the dictatorship and established compensations for the victims of political violence. From a cultural point of view, this law established the removal of public symbols and statues which glorified Franco’s dictatorship, but other cultural artefacts such as book are not referred to. The so-called ‘pact of forgetting’, a conscious decision not to question or examine the past in order to facilitate the transition to democracy, has prevented readers, libraries and publishing companies from developing strategies to address this issue. Some books have been retranslated or restored, but as a result of the general amnesia surrounding the regime’s cultural policies, these efforts have passed largely unnoticed, to the point that Spanish public libraries, unaware of the problem, still promote the reading of censored materials.”

“I want to see this issue raised and discussed more widely in Spain so that readers in Spain can have access to re-translated or restored books”.