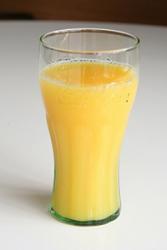 Glass of orange juice: Geoff Peters see full Flickr attribution at end.Scientists at the universities of Stirling, Loughborough and Bangor are calling for the creation of a beverage hydration index to help people understand how different drinks can keep you hydrated.

A recent research trial which tested the effects of 13 commonly consumed drinks on urine output and fluid balance, found several fluids were retained in the body for the same time, or longer, than water.

One of the lead authors, Dr Stuart Galloway of the Health and Exercise Sciences Research Group at the University of Stirling, said: “We set out to establish how various fluids affect people’s hydration levels on a daily basis. However, we have also helped bust some myths around dehydration that occurs following ingestion of certain drinks, at least when taken in moderate volumes.”

Professor Neil Walsh of the University School of Sport, Health & Exercise Sciences, explained: “Many people believe that drinking fluids such as tea and coffee causes them to become dehydrated but we found that when drunk in normal amounts and frequency these drinks do not stimulate any additional fluid loss compared to drinking water.”

Participants consumed one litre of liquid over a 30 minute period and researchers collected urine output for the subsequent four hours to monitor body salt balance and establish which fluids were retained in the body for longest. 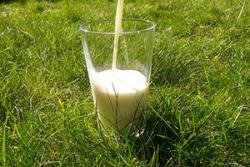 Milk was also included in the research.: Health Gauge www.healthgauge.com/portfolio-tag/dairy-alternatives/Dr Galloway added: “In our trial drinking milk or an oral hydration solution helped people retain a third of fluid they consumed over a two hour follow-up period and remain hydrated for over four hours.

“If this was indexed next to water and other drinks, it may help people make a better decision about the fluids they consume. In particular, this applies to people who want to stay hydrated but are unable to take frequent toilet breaks, or do not have regular access to fluids throughout their day.”

See more about the hydration index research recreated on “The Truth About Healthy Eating” at 9pm, Thursday, 2nd June on BBC One.