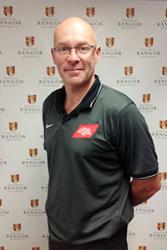 Alan OwenCanolfan Brailsford’s Alan Owen has set himself his next fundraising challenge, which is to walk Snowdonia’s highest 15 peaks TWICE in 30 hours.

Alan has been involved in many fundraising activities for local cancer charities over the years, including running the gruelling Snowdon Marathon six times in six consecutive days and running around 112 miles of the Anglesey Coastal Path in 24 hours.

This year’s challenge will be especially poignant, as the team’s friend, Irfon Williams, sadly lost his fight against cancer in May. Mr Williams had used his fight with cancer to highlight the plight of cancer patients in Wales, and also to raise funds for treatment.

So far, Alan has raised over £20,000 for the #TeamIrfon and the #HawliFyw campaigns by taking part in a number of gruelling physical challenges, including the Wales Ironman Triathlon and the London Marathon.