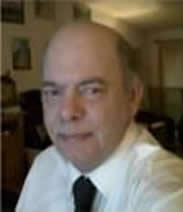 Dr John Olsson studied law at Bangor, completing in 2012 with an LLB (First Class Honours), after which he studied for the bar at the University of Law where he gained the Bar Professional Training Certificate (BPTC). He was called to the bar by the Inner Temple in October 2016.

Dr John Olsson is an internationally recognised forensic linguist whose work has led him to give evidence in court rooms around the world, including in the USA, Australia, Canada and Singapore, in addition to courts in the UK. His main speciality is the authorship of anonymous documents, such as hoax letters, product contamination threats and kidnap and other ransom demands. In addition, he is an expert in linguistic aspects of code-breaking. He is the author of Forensic Linguistics and Wordcrime (both published by Bloomsbury Publishing). He has worked on every major type of crime from murder to terrorism, assault of all types, fraud and forgery, narcotics distribution, organised crime and kidnap and other forms of extortion. The course he teaches here in Forensic Linguistics in Court at Bangor is intended to highlight the interface between language and the law. It covers analysis of language in authorship, including the analysis and authorship of false confessions, suicide and ransom notes and anonymous hate mail. In addition, the course will be examining the discourse of the court room, the language of the law and the linguistics of judges’ instructions to the jury.

You can find out more about Dr Olsson at www.thetext.co.uk