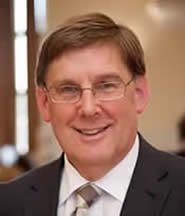 History For the Future: unlocking archives to solve challenges

Member of the core project team

Opening the Vaults− a research project to make suggestions for an on-line toolkit to assist members of the public with archival research, £7,312 together with top up of £5,695 (Principal Investigator)

Interpretation of legal documents by reference to documents relating to the Penrhyn Estate, £1,440 (April 2013)

The Neglected Decade: legal issues of the 1950s (online conference)

Halfway to Paradise? Leasehold reform in the 1950s

Talk given to the Eryri section of National Trust (Bangor, 2022)

At Variance: The Penrhyn Entail

(presentation given in Welsh)

Can Consumer Law Succeed Where Property Law Has Failed? Evaluating Responses to the Crisis of Leasehold