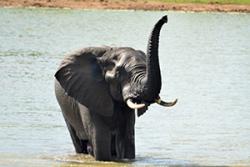 Some countries are more committed to conservation than others, a new Bangor University research collaboration has found.

In partnership with Panthera, the only organisation dedicated to protecting wild cats, researchers from Bangor University assessed how much, or little, individual countries contribute to protecting the world’s wildlife. By comparison to the more affluent, developed world, biodiversity is a higher priority in poorer areas such as Africa, whose countries contribute more to conservation than any other region.

Despite facing a number of domestic challenges, such as poverty and political instability in many parts of the continent, Africa was found to prioritise wildlife preservation, and contribute more to conservation than any other region of the world, with Botswana, Namibia, Tanzania and Zimbabwe topping the list. The African continent included four of the five top-performing mega-fauna conservation nations. By contrast the United States ranked nineteenth out of the twenty well-performing countries and approximately one-quarter of countries in Asia and Europe were identified as significantly underperforming in their commitment to mega-fauna conservation.

Dr. Peter Lindsey, stated, “Scores of species across the globe, including tigers, lions and rhinos, are on the precipice of extinction due to a litany of catastrophic threats dealt by mankind. We cannot ignore that we will lose these incredible species forever unless swift and aggressive conservation action is taken now and together, by the human race. In response to the conservation crisis plaguing our planet, this study demands accountability from each nation in every corner of the world to step up and save our planet’s large, charismatic wildlife before it’s too late.” 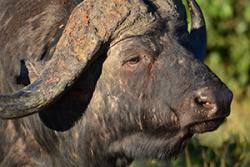 Human impact has and continues to have, a devastating effect on the natural world, with wildlife species across the globe under threat from poaching, hunting and the consequences of climate change. Recent studies indicate that 59 per cent of the world’s largest carnivores and sixty per cent of the largest herbivores are currently threatened with extinction.

Professor David Macdonald, Director of Oxford University’s WildCRU and co-author of the paper said: ‘Every country should strive to do more to protect its wildlife. Our index provides a measure of how well each country is doing, and sets a benchmark for nations that are performing below the average level, to understand the kind of contributions they need to make as a minimum. There is a strong case for countries where mega-fauna species have been historically persecuted, to assist their recovery.’

Dr Matt Hayward, Senior Lecturer in Conservation at Bangor University's School of Environment, Natural Resources & Geography and co-author of the paper said: ‘Our index provides a valuable and repeatable measure to enable nations to invest in biodiversity more equitably by improving wildlife distribution, improving protected area networks, and/or by investing more in conservation at home or abroad’.

In addition to highlighting the disparity in regional contributions to conservation, the study also goes some way to explaining why they occur. Mega-fauna species are associated with strong ‘existence values’, where people derive happiness simply from knowing that large wild animals exist. In some cases, such as the African nations, this link explains why some countries are more concerned with conservation than others. Larger mammal species such as wild cats, gorillas and elephants play a key role in ecological processes as well as tourism industries, which are an economic lifeline in poorer regions.

The megafauna conservation index is intended as a call to action for the world to acknowledge their responsibility to wildlife protection. By highlighting the disparity in each nations’ contributions to conservation it is hoped that it will lead to increased efforts and renewed commitment to biodiversity preservation.

Addressing how countries can improve their MCI scores, Dr Peter Lindsey said: “There are three ways. They can ‘re-wild’ their landscapes by reintroducing mega-fauna and/or by allowing the distribution of such species to increase. They can set aside more land as strictly protected areas. And they can invest more in conservation, either at home or abroad.”

Discussing how the scores were tallied, Professor Macdonald added: “These countries have achieved high scores in a variety of ways – some by setting aside vast protected area networks, others by allowing mega-fauna species to occupy high proportions of their landscape, and others by investing significant funding in conservation either domestically or internationally. Excitingly, The Economist Magazine reported this year’s MCI index and our hope is that this will be produced annually to provide a public benchmark for commitment to protecting nature’s largest, and, some would say, most charismatic wildlife. The way the index has been structured means that as countries of the world do more, the average benchmark will increase encouraging underperformers to try harder.”

Professor William Ripple, Co-author and Oregon State University Professor concluded: “The Megafauna Conservation Index is an important first step to transparency – some of poorest countries in the world are making the biggest investments in a global asset and should be congratulated, whereas some of the richest nations just aren’t doing enough.”