On the 17th November 2012, BU Dance Society hosted their very own Strictly Come Dancing event in aid of Children in Need. 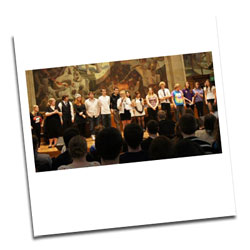 Just like in the hit BBC show, “Professionals” in the form of Student Dance teachers from across the society took amateurs from other clubs and societies under their wing and taught them how to dance; all in the aid of fun and charity.

During the performances, contestants danced the Cha Cha to “Gangnam Style”, the Quickstep to “I want to be like you”, and unlike the Television series, both Hip-Hop and Bollywood performances were included. The highlight was perhaps the Ballet, where an all-male cast danced elegantly to a One Direction song, all in the name of charity. Victoria said,

“The non-dancers who took part only had two weeks to learn their dances and they all performed in front of the audience and the judges.”

After all the performances from the “Amateurs” had taken place, the “Professionals”, in the form of the Dance Society Teachers, took to the stage and showed the audience how it was done. 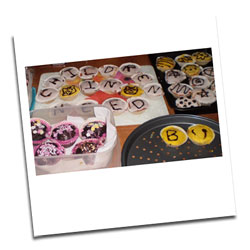 Towards the end of the show, the judges and the audience voted for their winner and tucked into a variety of cakes and refreshments provided by BU Dance that were sold as a further source of fundraising.

BEDS were announced the winners, and the grand total of £250 was raised for Children In Need.

This story was written by English Language and Creative Studies student, Hannah Mundy