This article by Stephen Clear, Lecturer in Constitutional and Administrative Law, and Public Procurement, Bangor Law School is republished from The Conversation under a Creative Commons license. Read the original article. 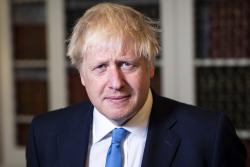 Prime Minister Boris Johnson.: Wikimedia: Ben Shread [OGL 3 (http://www.nationalarchives.gov.uk/doc/open-government-licence/version/3)]With a very large majority in parliament, Boris Johnson is planning radical changes to the UK constitution. His party claims that far reaching reforms are needed because of a “destabilising and potentially extremely damaging rift between politicians and the people” under the last parliament. The issue at the centre of this “damaging rift”, however, is whether the proposals for constitutional change are a democratic necessity or a cynical attempt by the Conservative government to bolster its power.

These are the most important changes the Conservative government is proposing.
The future of the union

The most seismic constitutional challenge for the prime minister is the future of the union of nations that make up the UK. He claims he wants to strengthen the union, but Brexit raises questions about Northern Ireland and the Scottish nationalism movement has been energised by the 2019 election results.

The Conservatives have been clear about their opposition to holding a second independence referendum in Scotland. And legally speaking, it is for Westminster to make decisions – not Holyrood. However, politically speaking, it’s difficult to envisage the UK government being able to arbitrarily force a country to stay in the UK against its will.

It is likely that Johnson will try to meet this challenge by devolving more powers to the regions and offering them more money. 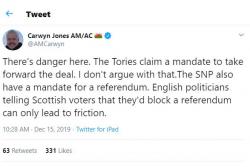 The Conservative government has detailed plans for changing the way the UK elects its members of parliament, starting with redrawing constituency boundaries to reduce the number of MPs from 650 to 600. The changes were first proposed in 2016 by the independent Boundary Commission.

But it has been noted that moving boundaries could have a greater negative impact on Labour and the Scottish National Party than the Conservatives – which perhaps tells us why the plan features so highly on Johnson’s agenda. It could also mean that smaller regions, such as Wales, lose disproportionately more MPs than other parts of the UK.

Holding elections when he wants

The Fixed-Term Parliaments Act is on the chopping block, too. This act stipulates that general elections must be called every five years, with early elections held only in exceptional circumstances.

The Conservatives say the act is being used as a tool by opposition parties for “delay and dither”, and has led to “paralysis”.

But there is also concern that repealing the act hands the prime minister discretion to decide when to call an election – and, in the most extreme interpretation, could mean that this government’s term lasts a decade. The question therefore becomes what constitutional safeguards would be put in place to replace this law and counterbalance against the arbitrary power of government? We don’t currently have an answer to that.

The Conservatives have long talked of repealing the Human Rights Act and replacing it with a “British” bill of rights.

Their debates have centred around the belief that the UK needs to revisit the balance between individuals’ rights – such as freedom of expression – and the wider public interest. That doesn’t mean the Conservatives want to curtail all rights to free speech but that they want greater powers to manage cases in which people use a free speech argument to justify hate speech. The basis of their argument seems to be that if human rights are universal to all then we may have now gone too far – as they also apply to “bad people”.

However, such arguments are flawed. Human rights legislation already recognises that rights are not absolute, and can be proportionally limited as necessary in a democratic society. Instead these proposals seem to be more about giving the government increased arbitary power to deport individuals they deem to be a risk, such as terrorist suspects, rather than having to fight protracted human rights litigation in court.

What’s more, the Conservatives’ actual commitment to retaining the right free speech can be seen via their proposals to repeal section 40 of the Crime and Courts Act.. This is the law that was introduced following the Leveson Inquiry and phone-hacking scandals, which forced publishers not signed up to an approved regulator to pay all legal costs linked to libel claims, even if the claims were ultimately thrown out. The concern is that if publishers are carrying these financial risks, it restricts the freedom of the press and legitimate investigative journalism.

The UK is also about to see its justice system “[updated]” – including judicial review, the process through which people can challenge decisions made by public bodies. This process was famously used in two high-profile Brexit cases in which the Supreme Court ruled against the government.

Some therefore question whether the prime minister’s displeasure with these rulings is the real motivation for “updating” the justice system. The Conservative manifesto says the idea is to ensure the process is not being abused “to conduct politics by another means”.

There is a legitimate case for “updating” justice – not least because there has been a rise in the number of people wanting to challenge the state without being able to pay for legal advice. But judicial review has already been subject to significant reforms in recent years. The concern is that this may be an attempt by the Conservatives to muddy the waters by reformulating the rules following the tumultuous time the government has had in the courts.

A constitution, democracy and rights commission is to be set up within a year, which appears to be aimed at reviewing the UK constitution through the guise of addressing trust in politics.

It’s likely that the commission will focus on the relationship between parliament and government. It will, in particular, review of the mechanisms available to parliament to hold the government to account and look at what the government can and can’t do without parliamentary approval. These powers currently include decisions to deploy the armed forces, make or unmake international treaties, and to grant honours.

The courts can review the limits of these “prerogative powers”, and can prevent the government from trying to create new ones. This was a key part of the Brexit case taken to the Supreme Court by campaigner Gina Miller when she argued that the government could not trigger Article 50 to begin the Brexit process in 2016 without getting parliament’s approval..

The Conservatives have also hinted at wanting to reform the House of Lords, though it’s not clear how at this stage. It is likely that the new government will want to explicitly reaffirm the supremacy of the Commons over the Lords in a new act of parliament, and possibly even revisit the Lords’ “powers of delay” – something Theresa May threatened during her prime ministership when the Lords refused to pass her Brexit legislation straight away.