Richard Craig's cd VALE was released in July on the Metier label and has since been reviewed by Gramophone magazine, as well as other blogs and social media sources.

"Craig owns the works here. The warmth of his tone along with a reverberant room sound, while taking nothing away from the compositions’ severity, succeeds in making them approachable."

MusicWeb international noted that "The performances appear to me to be brilliant." and that "the disc is an interesting exploration of modern music for flute, voice and other instruments."

Richard's solo performances have also attracted attention in Scotland, where he performed in the ALBA NEW MUSIC festival. Performing extracts from his new CD, the reviewer noted the following from a performance of VALE by the Welsh composer, Richard Barrett.

In November, Richard was asked to take part in the ensemble Grizzana's concert at the renowned Huddersfield Contemporary Music Festival. The concert was of two world premieres by the Swiss composer Jürg Frey and the Swedish composer Magnus Granberg. The ensemble have also recorded the new works for release in 2019 on the label Another Timbre. The Financial Times gave a five star review of the concert and the reviewer, Josh Spero noted:

"...Magnus Granberg and Jürg Frey both took inspiration from early music, atomising pieces by Byrd and Ockeghem respectively, but producing radical results. In Granberg’s How Vain Are All our Frail Delights? (2017), the players of the Ensemble Grizzana set off along separate paths, interpreting gobbets of musical material in their own way. Emerging into a 40-minute crystalline silence were rustles from the zither, electronically magnified breaths from the flautist."

In Frey’s Late Silence (2017), the ensemble pulled simple, quiet two-note phrases from the hush, calling and replying to one another, leading and holding back, before warm harmonies emerged as several instruments took up a single note and let it fade away...The result was meditative, questioning, universal, spiritual. It actually sounded like fragments echoing down the centuries". 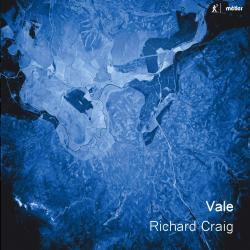