Is a white Christmas on the cards for North Wales? 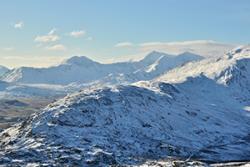 “The chances of a White Christmas this year are probably a lot higher than you might think given the high temperatures experienced recently.

Whilst our climate varies as day length changes with less sunlight pushing temperatures down in the winter, and we experience warmer temperatures during the summer, our weather is much more variable than that because the UK sits at the interface between cold polar and warm temperate air masses. The extent to which Britain feels the effect of these sharply contrasting air masses depends on the position of a high altitude wind, the Jet Stream.

Over the past few winters the jet stream has been relatively straight, pushing storms across the Atlantic with very mild winters and some catastrophic storms and flooding as a resulting. 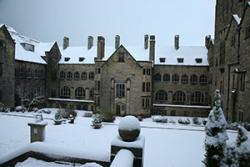 Snow covers the University's Inner Quad.However, this winter the Jet Stream is looking very different, taking a much more meandering path, and as a result of the Jet Stream moving to the south and then to the north our weather is much more viable with very cold conditions last week giving way to much warmer conditions this week. There is every chance that the Jet Stream could drift South again before Christmas bringing back the cold Arctic air and potentially resulting in a white Christmas.

The atmospheric conditions we are seeing at present are actually very similar to those seen during the very cold winters of 2010/ 2011.

As an aside, geographically North Wales is prone to extremes in winter weather conditions. The warmth of the south westerly winds is amplified as the winds blow the temperate air over the Cambrian Mountains and Snowdonia through the “Fohn” wind effect. The UK’s highest winter temperatures, 18.3 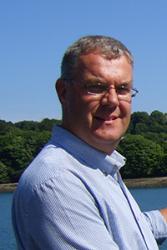 Prof Tom Rippethdegree C, were recorded at Aber near Bangor in Jan 1958 and Jan 1971. Temperature actually came close to that on Christmas Eve last year.

On the other hand the cold polar winds blowing in from the North and East pick up moisture as the pass over the Irish Sea which they then deposit as snow over North Wales.”