Lecture to focus on early intervention in child-care 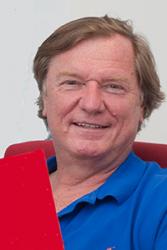 Graham Allen represented the highly disadvantaged Nottingham North constituency, where he was born, as MP for 30 years from 1987-2017.

Professor Judy Hutchings of the Centre for Evidence Based Early Intervention at Bangor University’s School of Psychology said:

“We are extremely fortunate to have Graham to speak ahead of our Annual Conference about his passion for early intervention and the challenges that we face in ensuring equality of opportunity for all of our children. He has been the most influential voice for Early Intervention for socially disadvantaged children for much of his time in parliament. He was a vociferous MP on behalf of his constituency and early intervention to support families, and this became his driving passion, devoting much of his time to promoting early intervention nationally.”

“Early Intervention as an idea has been nurtured in the field of babies, children and young people….. Early intervention covers a raft of policies around the 0 to 18 age cycle. These policies are designed to break the intergenerational continuum of deprivation, under-achievement and poverty of aspiration. The foundation of this approach is to promote social and emotional capability in babies, children and young people. It is only with this bedrock that they will go further with their language skills and academic attainment and go on equipped to raise great families of their own.”

In July 2010, in response to a request from Prime Minister, David Cameron, he carried out an Independent Review of Early Intervention for Her Majesty’s Government, producing two influential reports, “Early Intervention: the next steps” (January 2011) and Early Intervention: Smart Investment, Massive Savings, (July 2011). Professor Hutchings contributed to these reports and Bangor University’s early intervention work was recognised.

The reports resulted in funding for a national Early Intervention Foundation that was launched in February 2013 with Graham as its chair.