A Bangor University poet and academic has been nominated for one of the most prestigious and high-profile posts in the poetry world. 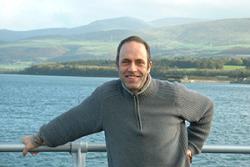 Ian Gregson has been nominated for the Oxford Professor of Poetry. The historic position is an honorary part-time position which has been awarded to some of the UK’s leading poets. The five-year appointment involves delivering three prestigious lectures a year and a speech at Oxford University’s Honorary Degree Ceremony.

Poet, literary critic and creative-writing teacher, now an Emeritus Professor of Creative Writing at Bangor University, Ian Gregson believes that the cultural shift towards the visual media over the last half-century poses a challenge to poetry. He argues that we value immediate and easy access, whereas poetry demands slowness and time to study and look for its meaning.

“Though great poetry is still being written, it is no longer being read by people, who are, in other fields, interested in contemporary literature, culture and the arts. Ask someone who has read Hilary Mantel’s Wolf Hall, or been to a new theatre production recently, when they last read a poem written after 2000 and the answer may well be never,” he says.

Professor Gregson argues for making time for poetry as a very relevant cultural art form - one which influenced contemporary thinking as recently as the 1930s, when the diagnosis of one Professor of Poetry, W. H. Auden, of ‘a sickness at the heart of capitalism’ was widely quoted. The post-Great War era poets certainly influenced popular ideas of the day.

Forty-five poets or academics have held the Oxford Professorship of Poetry since the post’s creation through an endowment in 1708. Recent incumbents include Seamus Heaney, James Fenton, and Geoffrey Hill.

Professor Helen Wilcox, Head of the School of English Literature at Bangor University, offered her congratulations to Professor Gregson on achieving this high-profile nomination. “Creative writing is a great strength of our school and it was Ian who pioneered its teaching. Student writers at Bangor today benefit from this legacy and are taught poetry by internationally respected writers such as Carol Rumens and Zoe Skoulding,” she said.

A successful nomination for the position has to be supported by no fewer than 50 Oxford graduates. The results will be announced on 19 June. More of Professor Gregson’s work is at:  http://www.iangregson.co.uk/