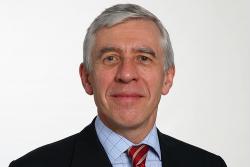 The Rt Hon Jack Straw’s lecture titled: Defeat from the Jaws of Victory: Labour’s Fatal Attraction is open to the public at no charge. Tickets are limited, but available to book through Pontio’s website or Box Office (01248 382828).

Bangor University’s School of History, Philosophy and Social Sciences, who are funding the event, are delighted to welcome The Rt. Hon Jack Straw to deliver this year’s Prof. Duncan Tanner Memorial Lecture.

As Home Secretary, he oversaw the introduction of the Freedom of Information Act and the incorporation of the European Convention on Human Rights into British law. As Foreign Secretary he played a leading role in the foreign policy problems arising from the 9/11 terrorist attacks in New York and the resulting interventions in Afghanistan and Iraq.

In July 2015, he was appointed as a Member of the Independent Commission on Freedom of Information.

Prof. Duncan Tanner (1958-2010) was Professor of History at Bangor University and Director of the University’s Welsh Institute for Social and Cultural Affairs (WISCA). He also led a major ESRC funded project on the history of Welsh devolution.

“Having a Lecture from someone of the Rt Hon Jack Straw’s stature if a fitting tribute for this, the tenth Prof Duncan Tanner Memorial Lecture.

“Bangor University has a proud tradition of teaching and research in various aspect of politics, but now, thanks in part to the creation of the new School of History, Philosophy and Social Sciences, we are able to offer a new Degree in Politics. We provide a range of topics on Welsh, British, European, North American and global politics. Later this year we will invest a new appointment to further strengthen what is already an exciting programme.”