Welsh schools teach pupils to be bilingual, not restrict their education

This article by Peredur Webb-Davies, Senior Lecturer in Welsh Linguistics, Bangor University  was originally published on The Conversation.

Being a Welsh-English bilingual isn’t easy. For one thing, you hear that encouraging others to learn your language is detrimental both to their education and wellbeing. For another, to speak a minority language such as Welsh you need to constantly make the effort to be exposed to it and maintain your bilingualism.

A row has recently arisen in the Carmarthenshire village of Llangennech over plans to turn an English language school into a Welsh school. Parents who objected to the change told Guardian reporters that they have been labelled “anti-Welsh bigots”, in an article headlined “Welsh-only teaching – a political tool that harms children?”.

Needless to say, those who have gone through Welsh language schooling were not happy with the report. And for good reason too, though parents may have their own concerns, research has proven the benefits of bilingualism. The fear heavily implied that sitting in a Welsh classroom somehow hermetically insulates a child from the English language is simply not founded. 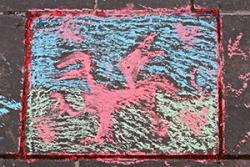 Research has shown just how beneficial education in Welsh can be.: National Assembly for Wales/Flickr, CC BY-SASchool in Wales need to deal with – and provide education for – children from two main backgrounds: those who speak Welsh at home and those who do not. The former benefit from Welsh-medium education in that they are able to broaden and improve their Welsh ability, as well as learning to read and write in it, while the latter need to be taught Welsh from the ground up. In most schools, a classroom will have a mixture of children from different backgrounds, although children will get different levels of exposure to Welsh depending on the school. Welsh is not treated as a foreign language like French or German, because children at schools in Wales will inevitably have some exposure to Welsh culturally and socially.

But rather than this being a problem, teachers use different approaches in the classroom to deal with it. Few lessons are in just Welsh or English – the majority use a strategic bilingual approach such as code-switching (alternating between both languages as they teach), targeted translation (where specific terms or passages are translated as they are taught), or translanguaging (blending two languages together to help students learn a topic’s terminology in both).

One cannot simply divided Wales’s schools into Welsh-speaking or English-speaking. The former are bilingual schools – as well as ensuring that Welsh survives and flourishes, the aim of schools in Wales is to produce children who are bilingual when they finish their education.

It’s an obvious statement to make, but the more Welsh a child hears at home and school, the more proficient they become. It doesn’t have a negative effect on the rest of their education.

My own research into grammar variation across age ranges found that younger generations are using certain innovative grammatical constructions much more frequently than older generations. The Welsh language that children hear from their peers is different to what they hear from their parents and grandparents. This includes grammatical features such as word order: where an older speaker might say “fy afal i” for “my apple”, a younger speaker is more likely to use “afal fi”. Similarly, research on code-switching by Welsh speakers has found that younger people are more likely than older speakers to mix Welsh and English in the same sentence. So schools and communities need to be able to expose children to Welsh of all registers for them to grow in proficiency and confidence, and learn these new social constructions.

Proficiency is a big part in shaping language attitudes – and, for a nation like Wales, where fear of language death is common, support for Welsh is vital.

Research sourcing the views of teenagers from north Wales found that more proficient speakers had more positive attitudes towards Welsh. On the other hand, participants with lower Welsh proficiency reported that they reacted negatively towards Welsh at school because they felt pressure to match their more proficient peers.

One of the biggest ironies in contemporary Wales is that it would be easier just to use – and learn in – English, but doing so would unquestionably lead to the death of Welsh – and the end of a language is no small matter.

Identifying precisely why some speakers feel that they cannot engage in Welsh-medium education, or use their Welsh outside of school, would be beneficial to fostering a bilingual Wales and would help heal the kinds of social divisions reported in Llangennech.

The cognitive, cultural and economical benefits of bilingualism have been widely demonstrated. To become bilingual in Welsh you must be exposed to Welsh and, for the majority of Welsh children, the classroom is their main source of this exposure. As such, we should see Welsh schools as central to any community’s efforts to contribute to the bilingual future that’s in Wales’s best interests.