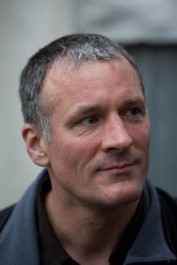 The fields of his research are extremely varied and he has published about Welsh-language literature from all periods, from the Middle Ages to contemporary literature.  He has published five monographs, one about connections between literature, prophecy and historiography in the sixteenth century, and four treating various aspects of nineteenth-century Welsh-language literature in America.  One of them, Llwch Cenhedloedd:Y Cymry a Rhyfel Cartref America ('The Dust of Nations: the Welsh and the American Civil War'), won the Literature Wales 'Book of the Year' Award in 2004 (and two of his other books have been short-listed for the same award).

At present he is working on Welsh literature and the wars of the seventeenth century and hopes to build on the foundations outlined in a recent publication, 'The Red Sword, the Sickle and the Author's Revenge: Welsh Literature and Conflict in the Seventeenth Century' (the 2016 J.V. Kelleher Lecture,  Proceedings of the Harvard Celtic Colloquium, vol. xxxvi).

Jerry Hunter has presented and co-scripted three documentary series for S4C.  One of them, Cymry Rhyfel Cartref America ('The Welsh of the American Civil War), won the Gwyn Alf Williams BAFTA Cymru award.