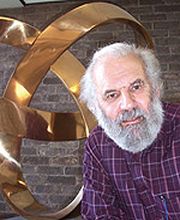 Professor Ronald Brown was born in London in 1935. He studied Mathematics at New College, Oxford, and obtained a first class Honours Degree with Honourable Mention in the Junior Mathematics Prize (1956). He studied for a DPhil with Professor J.H.C. Whitehead, who died in 1960, and then with M.G. Barratt, obtaining a DPhil in 1962. From 1959 to 1964 he was successively Assistant Lecturer and then Lecturer in the Department of Pure Mathematics at the University of Liverpool; from 1964 to 1970 he was Senior Lecturer and then Reader in the Department of Pure Mathematics at Hull University; he then came to Bangor as Professor in 1970. He has been Head of Department as it went through various transformations. He was Chairman of the University of Wales Validation Board, 1991–1993. He was instrumental in starting the Royal Institution Mathematics Masterclasses for Young People in North West Wales, which have flourished with support from Anglesey Aluminium from 1985 to 2009 and still continue. He has had 21 successful doctoral students. He retired with a two year research position in 1999, retired fully in 2001, and was appointed Emeritus Professor. He was awarded a Leverhulme Emeritus Fellowship, 2002–2004, for preparation of a book on his joint work since 1974 with Philip J. Higgins.

Professor Brown is on the Editorial Boards of three international mathematicsjournals. He was Professor Associé at the Université Louis Pasteur, Strasbourg, for a short period in the 1980s. He has over 170 articles, with over 60 from 2000 to now, including the latest edition in 2006 of `Topology and Groupoids’, which had two previous editions (1968, 1988) under differetn titles. A jointly authored European Mathematical Society Tract on `Nonabelian algebraic topology’ is due publication in 2011. His publications fall into at least the following groups: (i) the theory of groupoids as a natural and convenient generalisation of the theory of groups, with applications in topology and algebra; (ii) `higher dimensional algebra’, a term he introduced in 1987, as a way of describing the structures obtained in investigating the potential role of higher order groupoids; (iii) computational methods; (iv) teaching and popularisation. The last involved from 1989 a collaboration with the sculptor John Robinson, resulting in four sculptures (three donated) in Bangor University. He produced a CDRom with an EC Grant in World Mathematics Year 2000; the web site www.popmath.org.uk continues to spread the name of the University internationally; and he enjoys giving lectures to young and old on knots, mathematics and symbolic sculptures.