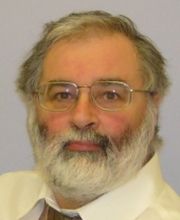 In March 2008, Terry joined EDS as a Computational Engineering Strategist. His role is to develop computational engineering services (including HPC, visualization and grid computing) for EDS, particularly on the Rolls-Royce account of EDS.

He has been active in scientific computing since the early 1970s and has extensive experience in programming and supporting researchers, particularly in supercomputing and visualization. In the late eighties he established a parallel processing service at the University of Manchester and since then he acquired responsibility for the development of high end computing and high performance visualization services both locally and nationally. He ran the CSAR supercomputing service for UK academia from 1998 to 2006. More recently, he has been active in the development of e-Science, locally and nationally, including the establishment of the UK National Grid Service.

This service role has been complemented by a diverse research and development programme, with funding obtained from the Engineering and Physical Sciences Research Council (EPSRC), the Natural Environment Research Council (NERC), the Economic and Social Research Council (ESRC), the Department for Business, Enterprise & Regulatory Reform (formerly DTI), the European Union and international companies. He has supervised 27 MSc and 16 PhD students.

He is an Honorary professor in the School of Computer Science at Bangor University.

He has been Chairman of an International Standards Working Group, Chairman of the European Association for Computer Graphics, and its UK Chapter, and has lectured extensively throughout the world. He has organised a number of national and international conferences.

He graduated from University of Wales, Bangor in 1974 with a first class honours degree in Applied Mathematics. Terry is married to Jan, with two teenage children, Danielle and Sam, and lives in Heaton Moor Stockport. In his limited spare time, Terry likes walking and camping, he is also a Radio Ham and he is passionate about digital photography.