1950’s Feminist campaigner returns to revisit her Cause célèbre 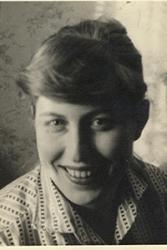 Now in her 80’s, Sheila Parry (nee Davies), an early campaigner for equality for women students, whose activism led to her being expelled from Bangor’s Coleg Normal in 1953, returns to Bangor (Friday 5 September 5.30) to share her memories of events which led to the Coleg Normal being discussed in parliament.

Sheila Davies will visit what was once the Normal College, now part of Bangor University, for the launch of Back to Normal. An English version of Bywyd Normal, published in 2011, the book provides a glimpse into the history of the Normal College, from the perspective of its students.

The College’s reaction to a campaign for greater freedom for women students, led by Sheila Davies, as President of the Women’s Council, was covered by the national media, and the whole episode went as far as becoming the subject of debate at Westminster and an investigation by the Ministry of Education.

The men at the College had a forum to express their views, the women students, little. A Women’s Council had been recently created, but was paid only lip-service by the college authorities.

Sheila Davies, who came to Bangor from Ystrad in the Rhondda, had been elected President of a newly formed Women’s Council for the 52-53 academic year.  She had seen how the Council was only convened when College authorities needed it, and, as they had a majority on the Council they vetoed any decisions. Sheila and the student body therefore decided that the way forward was to follow what other students’ unions had done and work with the guidance of the National Union of Students (NUS). With NUS advice and assistance, a petition listing numerous complaints regarding the perceived severity of College rules as they affected the women was drafted under her leadership, and presented to the Principal, Dr Richard Thomas.

The demands made for women students in the petition will seem incredible to today’s student. They included items such as being allowed to go out without explaining where they were going or with whom and the automatic switching off of their lights at 10.45 instead of 10.15! Male students had far more freedom to act as they pleased.

“I was looking forward to the move to north Wales, but shortly after settling in at Bangor, I came to feel a strong sense of injustice at the rules and restrictions on our activities and to realise that we were the ‘Cinderellas’ of the social scene. We socialised with student at the University and St Mary’s College, and the women students there, and of course the men, had far fewer restrictions than we did.

“My upbringing had prepared me to take on the fight, and my parents were prepared to support me.” 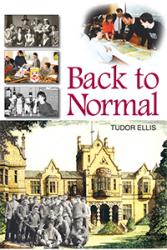 As Dr Tudor Ellis relates in ‘Back to Normal’:

“In response to her action in presenting the petition and her subsequent refusal, following advice from the NUS, to meet the Principal unaccompanied by her colleagues, the Principal decided on 30 January 1953 that Sheila Davies be sent home.”

Sheila was in fact, expelled within a few months of completing her domestic science teaching course. She was ‘scapegoated’ by the authorities, who portrayed the issue as being one with an individual rather than a representative of a student body. The demands made by those signing the petition were not given due consideration by the college authorities.

After the intervention of the Ministry of Education, Sheila was able to complete her course at another college. However, the advent of equality for women students was slow. It was only when Dr Jim Davies was made Principal of the Coleg Normal in 1969 that women gained more freedoms, and these, when they came, were accepted quietly and without remark.

Fred Jarvis, then President of the NUS and later to climb the high ranks of the National Union of Teachers, in his autobiography, 'You Never Know Your Luck' (2014), says the Sheila Davies case: “enabled us [at the NUS] to open up the whole issue of the attitude of training colleges to their students, an attitude that would not be tolerated if adopted in the universities.  From that point on, the situation in the colleges improved.” (p. 59)

Now translated into English by the author, Dr Tudor Ellis, a former lecturer at the Coleg Normal, Back to Normal is being launched at an event at Bangor University’s Management Centre at 5.30 on 5 September. Back to Normal is available in bookshops for £12.99. Copies can be ordered by sending a cheque for £15.49 (inc posting) payable to Prifysgol Bangor to Gillian Pritchard, School of Education, Safle'r Normal, Bangor LL57 2PZ.