Bangor University Shines the Spotlight on Women in Music 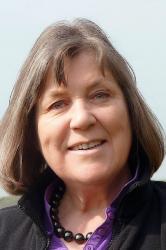 A concert celebrating the work of contemporary composer Rhian Samuel takes place on Wednesday, 4th September in Neuadd Powis Hall at 18.15. Bangor University’s School of Music and Media is holding its Second International Conference on Women’s Work in Music this year. The Conference takes place on 4 - 6 September, and the University will be welcoming prominent speakers and musicians, including music scholars, practitioners, funders, broadcasters, journalists and music professionals from all around the world.

Prof. Chris Collins, Head of the School of Music and Media, said:

“The First International Conference on Women’s Work in Music in 2017 generated so much interest in the music world and we’re proud to be holding a Second Conference in Bangor again this year.  Once again we’ve had a fantastic response from delegates, and we’re pleased to be opening up some of the highlights to the general public.”

Two concerts are set to be highlights and both Conference concerts are open to the public.  A concert celebrating the work of contemporary composer Rhian Samuel takes place on Wednesday, 4th September in Neuadd Powis Hall at 18.15. Virtuoso violinist Madeleine Mitchell – described by The Times as ‘one of Britain's liveliest musical forces (and) foremost violinists' – and leading pianist Nigel Foster, perform Samuel’s exhilarating chamber pieces. The composer herself will be introducing the music.

On Thursday 5 September, Illuminate, one of Britain’s most exciting concert series, will be lighting up Bangor University. Soprano Patricia Auchterlonie and the Illuminate String Quartet present a concert of pieces by composers Joanna Ward, Sarah 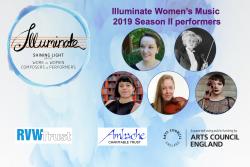 The evening event begins in Neuadd Powis Hall at 18.45 with a pre-concert talk featuring Angela Elizabeth Slater, founder of Illuminate, in conversation with composer and critic Steph Power.

Dr. Rhiannon Mathias, Music Lecturer at the School of Music and Media, and the Conference’s Director, said:

“Our two open concerts will give local music lovers the chance to come and hear fantastic music being performed by virtuoso musicians, from songs by 17th-century Italian composer Barbara Strozzi to the latest piece from the pen of Rhian Samuel, one of our finest Welsh composers.”

Further details about the Second International Conference on Women’s Work in Music can be found at http://wwm.bangor.ac.uk/