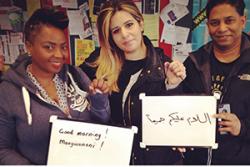 Marcel Clusa from the ISSO was hugely impressed with the range and diversity of languages spoken by students at Bangor. He said: 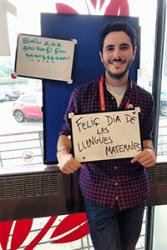 Marcel Clusa“I couldn’t believe the amount of written messages we had by the end of the day. So many different languages! And every single one spread positivity, peace and unity, showing how languages can bring people together. Groups of friends were showing up, none of them speaking the same mother language, but clearly demonstrating that friendship and love can break any barrier, be it cultural, geographical or political. This is something we should all  embrace and learn from, especially in the present international climate. It was fantastic.”