The Wales Institute of Social and Economic Research, Data and Method (WISERD) has appointed a new Director. 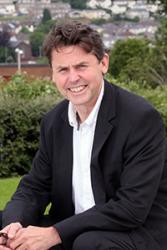 WISERD was established in 2008 to bring together the expertise of researchers from the universities of Cardiff, Aberystwyth, Bangor, South Wales and Swansea.  The Institute aims to strengthen social and economic science research capacity across Wales through collaborative working and joint ventures.

Talking of his new position, Professor Jones said, ‘This is a very exciting time to be taking over as Director of WISERD.  WISERD has been producing high quality multidisciplinary research since it was set up in 2008 and our recent success in drawing in research funding to Wales together with  the continued support we receive from the five Universities that make up the St David’s Day Group, reflect WISERD’s profile as an internationally recognised centre of excellence for research.’

‘I am looking forward to building on the legacy of the last five years to undertake challenging new research projects, develop our research talent in Wales and bring on new researchers for the future.’

Previously Head of the School of Social Sciences at Bangor University before joining WISERD in 2012, Professor Jones is well-known for his research on inequalities in health; and ageing and later life.  His research interests lie in theorizing social change and processes of social change (particularly since the 1960’s) and he has also researched areas focusing on Lifestyles and Social Relations, Class, Community and Social Change and Transparency and Trust in Health and Welfare.

A recently appointed member of the Academy of Social Sciences, Professor Jones is keen to further develop policy relevant research through collaborative ventures and expertise in mixed methods approaches.

He replaces Professor Gareth Rees, who retired as Director in August 2013.  Professor Rees will continue his work on education research at WISERD.

The Wales Institute of Social & Economic Research, Data & Methods (WISERD) was established in 2008 to draw together and build upon the existing expertise in quantitative and qualitative research methods and methodologies at the universities of Aberystwyth, Bangor, Cardiff, South Wales and Swansea.

WISERD undertakes research and capacity building activities that underpin research infrastructure in the economic and social sciences across Wales and beyond.