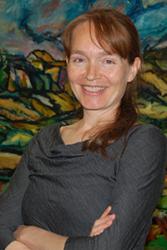 Dr Erin HeereyDr Erin Heerey of Bangor University is one of 12 exceptional women scientists selected to bring science directly to the public at a London event.  On 29th June, London’s Southbank will be transformed into an arena for public learning and scientific debate for the Soapbox Science event, organised by the Zoological Society of London (ZSL) and L’Oréal-UNESCO For Women in Science.  Dr Heerey will join some of the UK’s most prominent female scientists to bring science out of the laboratory and onto the streets.

Dr Erin Heerey, Senior lecturer at the University’s renowned School of Psychology is sharing “Six secrets of social behaviour” with the public, having impressed the judges with why she, among the UK’s women in Science, Technology, Engineering and Mathematics, would be good at bringing her approach to science to the public.

Soapbox Science is expanding outside London for the first time this year and two other female psychologists are taking part in the first event to be held in Swansea this year.

“I’m very excited to be taking part and having an opportunity to talk to people about our recent work. There’s a great deal that can be learnt about how we interact with each other. My team have been looking at how people engage in social interactions and how they use social cues to exchange information in a way that is beyond the actual flow of the conversation.

People spontaneously change the way they behave in a face-to-face social interaction by following a partner’s social cues. We’ve found that we can manipulate people’s social behavior by subtly changing what they expect will happen during a conversation, without giving any direct instructions. Interestingly, their social partners, who are unaware of the manipulation, pick up on this and change their behavior also.” 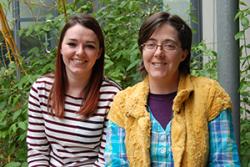 Leah Johnstone and Kami Koldewyn will be taking part in Soapbox Science in Swansea.Dr Kami Koldewyn, a Psychology lecturer and Leah Johnstone, a PhD candidate in Psychology are also taking part in the first Soapbox Science event to take place in Swansea.  Swansea University is hosting the event on Saturday 5th July 2014, with soapboxes positioned to overlook the expanse of Swansea Bay next to the 360 Beach and Watersports Centre and café.

Like Dr. Heerey, Dr Kami Koldewyn is also interested in social understanding but she focuses on the perception of social information. Her primary interest is in the development of the brain architecture that underlies social perception skills, like recognizing people from their faces or how they move, as well as how social brain networks may be different in people with neurodevelopmental disorders like autism and fragile X.

She explains: “People are generally amazingly good at picking up on the subtlest of facial and body expressions. This ability allows us not only to understand a great deal about other people and predict their behaviour, but also to infer how other people are perceiving and thinking about us. I’m interested in how we accomplish such critical feats, and how the brain gets wired up during development to make them possible.  I am very much looking forward to Soapbox Science in Swansea. It will give me the chance to share a little bit about my fascination with the social brain and maybe convince a few people, especially young women, that science is not just hard work but can be both captivating and super fun.

Leah Johnstone’s research is about left-handedness, and its relationship to certain functions that reside in one brain hemisphere or the other.

“It was thought that a left-hander's brain would be the reverse of a right-hander's in terms of functional asymmetries, but it has been demonstrated repeatedly that this is not the case. In fact, most left-handers display the same brain organisation as right-handers. So why aren't they right-handed? I’m working on untangling the relationship between brain asymmetries and hand preference.”

Leah studied at the University of Nottingham before coming to Bangor for a Masters in Clinical Neuropsychology in 2011 and is currently studying for a PhD.

“In Psychology the vast majority of undergraduate students are women, yet few of them seem to remain in academia to reach professorial level.  We are clearly failing to encourage women into research/academic careers. I think Soapbox Science provides an excellent platform for female scientists to showcase their work and passion, and in turn hopefully inspire young women by illustrating that gender isn't a barrier in science or any other field of work.”

Previous events have attracted significant media and scientific attention with coverage by the BBC, The Guardian, The Telegraph, New Scientist, Nature and Science.