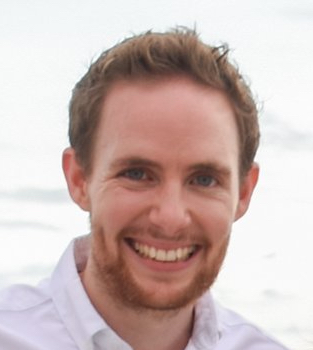 My research project is looking at the impact that El Niño Southern Oscillation (ENSO) events have had on the retreat of Pine Island Glacier (PIG). This is one of the fastest flowing ice streams in West Antarctica, and in recent decades has retreated over 30 km, experienced a 75% increase in velocity and thinned by more than 100m. However, these changes have not been constant, there have been periods of acceleration and stabilisation since the start of the observational era in the 1970s. This has been attributed to variable ocean conditions, where interannual and decadal changes in the Circumpolar Deep Water layer have been linked to large-scale climate variability. The initial ungrounding and subsequent retreat of PIG from a submarine ridge is believed to have been caused by extreme changes in ocean conditions linked to ENSO events during the 1940s and 1970s. However, the exact role that these events have played over the last century is not fully understood.

For this research, I am using the ice flow model Úa to assess how the retreat of PIG has been impacted by ENSO events. During these events, variations in thermocline depth affect the amount of heat available for basal melting beneath the ice shelf. To represent these changing ocean conditions, I am using a 1D plume model melt parameterisation. This is based on the theory of buoyant meltwater plumes which are caused by ice discharge at the grounding line. The advantage of using this parameterisation is that we can capture buoyancy driven circulation in the ice shelf cavity, which is lacking in more simple parameterisations. Results from my experiments will show if a gradually warming ocean is enough to initiate grounding line retreat or if brief, large changes in temperature are required. Further investigations will determine whether cooler years contributed to a slow down of the ice stream. This work will help us understand and model the response of other glaciers to extreme changes in ocean conditions caused by ENSO events in a warming future.

For my undergraduate degree I studied Mathematics at the University of Leeds. I quickly became interested in the applied processes and fluid dynamics in particular. In 2013 I graduated with a First-class Honours and spent the next three years working as a marine geophysicist. Towards the end of 2016 I wanted to further my studies and decided to undertake the MSc in Physical Oceanography at Bangor University. After starting this degree I was awarded with the Nautilus Scholarship and this helped fund the course and progress onto a PhD. During the Master’s degree I started to focus my studies on the polar regions. My Master’s project examined the role of tidal mixing on the east Greenland continental shelf. This was done using a time series of microstructure shear measurements together with hydrographic data and tidal velocities.