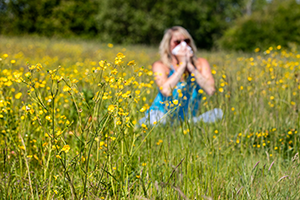 Researchers from North Wales are studying the DNA of pollen to provide new hope for millions of hay fever sufferers across the UK.

It’s that time of year again when hay fever leaves one in five people with red eyes, runny noses and sneezing fits – but scientists at Bangor University could soon have an answer for the UK’s 13 million hay fever sufferers.

Their work on tracking the types of pollen in the air at any one time was featured on BBC’s One Show last week as hay fever peaks across the UK.

It involves them sifting their cocksfoot from their Yorkshire fog, their timothy from meadow foxtail, because different people are allergic to different kinds of grasses.

This is important because hay fever costs the British economy over £7 billion a year with three million taking time off work with the most severe symptoms.

According to Simon Creer, Professor of Molecular Ecology at Bangor University's School of Natural Sciences, not only are different people allergic to different pollens, some are not sensitive to grass pollen at all but to pollen from trees. 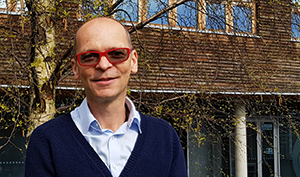 He said: “I suffer from hay fever really badly and have done so for 33 years and so does my wife but while I’m affected by grass pollen, she reacts to tree pollen.

“That’s something that’s more common in Scandinavia where more people are allergic to tree pollen, particularly birch, and where there are huge birch forests.”

As part of their research the team at Bangor are working with the Met Office and have deployed pollen collection traps across the UK in recent years so they can find out what type of pollen is in the air at a particular time.

They can then cross-reference that information with data from GP surgeries and hospitals across the country which will show when people are accessing anti-histamines to combat hay fever and presenting with more severe symptons where asthma can be aggravated by summer pollen.

Unfortunately even under a high-powered microscope one kind of grass pollen is identical to another, so the team have turned instead to using their DNA profiles to tell them apart.

Professor Creer said: “We already see weather forecasts at this time of year stating whether pollen levels are low, medium or high, but in future we will be able to complement that information by identifying the different kinds of pollen that are around.

“If we can identify the species of grass that are contributing more to the allergenic load then that informs us that we can try and avoid those species whenever possible.

“If we see a spike in a particular kind of pollen at the same time that hay fever is increasing you can work out where the hot spots are and which pollen is in that area.”

The team from Bangor works alongside a number of other institutions to help the Met Office deliver better forecasts and lead to more tailored treatments for hay fever sufferers who would also know when they are at peak risk.

That’s because there are 175 different species of grass in the UK – worldwide there are 12,000 – and they differ in their allergenic profiles so some are more likely than others to cause a reaction.

Different grasses flower and release their pollen at different times and although pollen can last a long time, it does disperse quite quickly so that after a few weeks it is no longer present and has instead been succeeded by different species.

Professor Creer added: “I am more affected in late May and early June but the precise timing of the peak of the season is characteristically different each year.

“It can happen that pollen counts are high but people are asymptomatic so if we could provide more refined information then it would help people avoid those times when they are more acutely affected by hay fever.

“It could even extend to making recommendations to turf manufacturers and grass seed producers as to which species of grass are not as strongly associated with hay fever symptoms.

“That could mean that developers could avoid them when building new schools, hospitals or housing estates.

“We know that hay fever costs hundreds of millions of pounds in days off work and depression and it’s not helpful to students doing exams in June either."