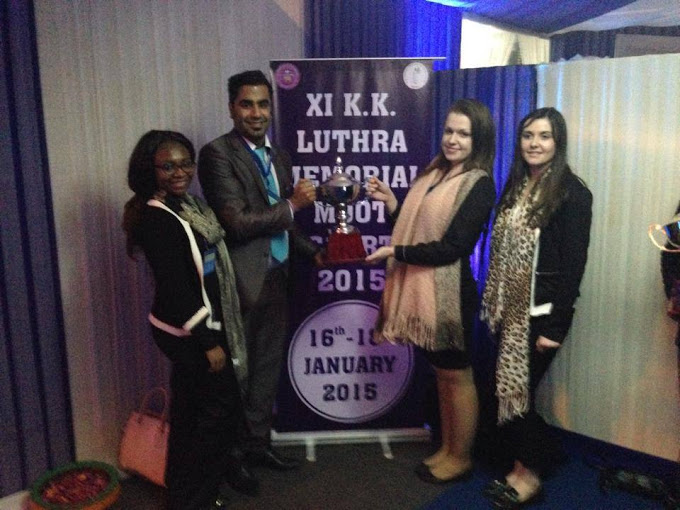 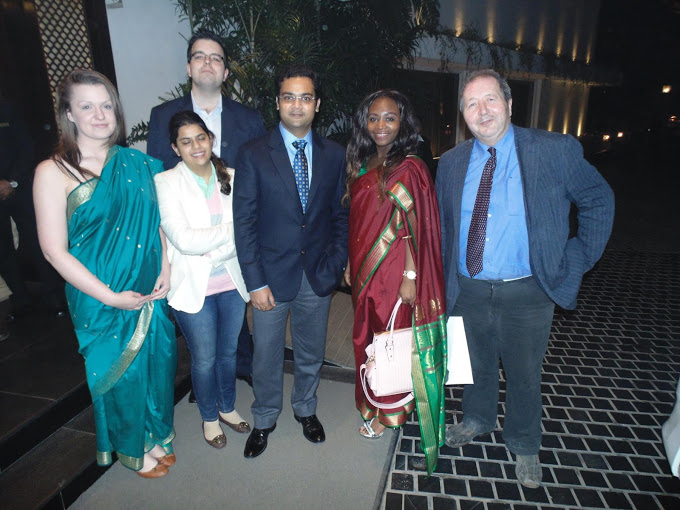 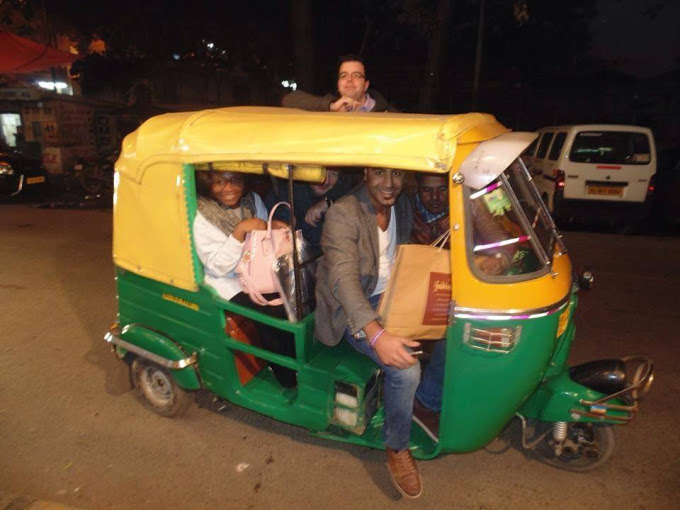 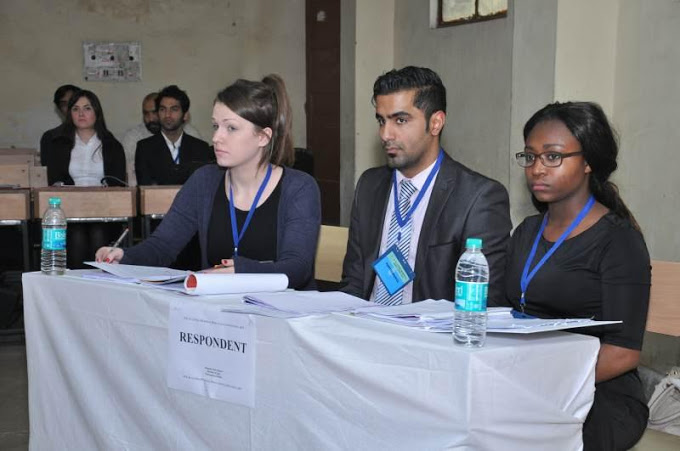 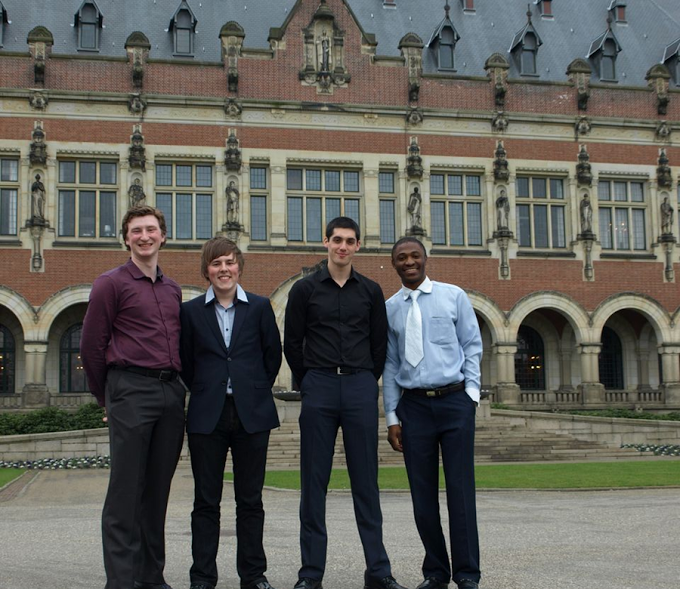 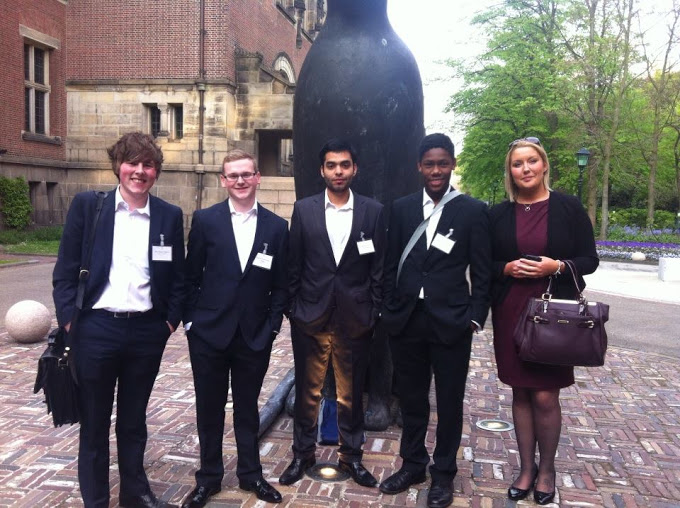 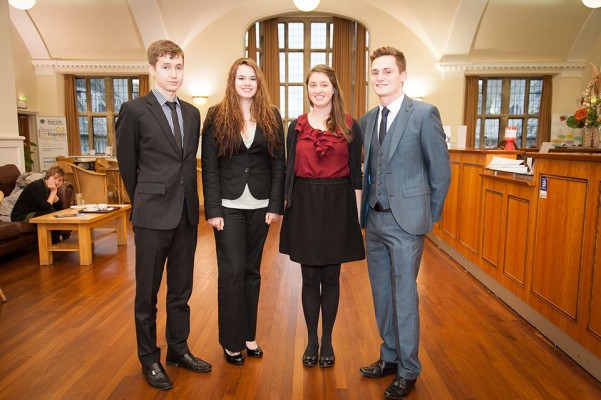 Since hosting the internationally prestigious European Law Moot Court Competition in 2008 and again in 2009, Bangor Law School has widened its association and entry to numerous international moot court competitions.

Entry to an international moot requires extraordinary levels of articulation, dedication, teamwork, commitment and focus. Many international moots will require students to undergo at least a period of six months intensive training, and prepare written documentation most commonly in excess of 500 pages. To support students in completing such activities, Bangor Law School staff coach and mentor competitors throughout the processes, and offer a peer support network pairing current competitors with previous entrants. To date, the Law School has been associated with three international competitions, which have seen Bangor Law School students go up against law schools from across the United Kingdom, most of Europe, Asia, North America, Australia and the Middle East.

The European Law Moot Court is an annual international competition which is held between University teams of students who have an interest in European Union Law. The competition is heard in both English and French. Organised by the ELMC Society and founded in 1988, it is today considered one the most prestigious moot courts within the field of European Union Law.

80 to 100 student teams from European & USA Universities enter, making it one of the largest competitions in the world. The final is held at the Court of Justice of the European Union. Bangor Law School has hosted the Regional Finalists of the ELMC on two occasions, once in 2008 and again in 2009.

Telders is the most prestigious and important international law moot court competition in Europe. Annually, teams from over 40 universities compete in the national rounds, with the successful teams going on to represent their countries in the international rounds held at the Peace Palace in The Hague. The active involvement of judges from the real International Court of Justice, the Iran-United States Claims Tribunal, professors of law and ambassadors schooled in international law guarantee the high intellectual standards of the Competition and its prestige.

Bangor Law School competed in the 36th and 37th competition in 2013 and 2014, respectively (finishing 4th in the oral rounds for the appellant side, and 17th overall in 2013; and 16th overall in 2014). Dr Yvonne McDermott Rees is currently coaching a team for entry to the 38th 2015 competition.

The K. K. Luthra Memorial Moot Court is held at the Faculty of Law, University of Delhi (India) in the 3rd weekend of January every year. This Competition is India’s only exclusive international criminal law moot court. Since 2005, the Competition has been held annually at the Campus Law Centre premises in the memory of the Late Sh. K. K. Luthra, Senior Advocate, an eminent criminal lawyer, whose legal career spanned from 1949 to 1997.

Bangor Law School competed in the 11th Luthra Memorial Moot in January 2015, along with 90 other law schools, including competitors from Europe, America, Bangladesh, India and Pakistan. Coached by Stephen Clear and Dr Yvonne McDermott Rees, team Bangor came first of all UK law schools, and in the top 20 overall in the written memorial rounds. Bangor also ranked as one of the top two British teams in the oral stages, and came 33rd out of 90 within the entire competition.

Bangor Law School competed in the ICC Moot for the first time in 2016. Held at The Hague and organised by Leiden University’s Grotius Centre for International Legal Studies, with the support of the International Criminal Court, the ICC moot is one of the more notable international mooting competitions in which law students compete against each other in simulated court proceedings. Team Bangor made it through to the semi-finals, beating previous ICC winners in the process.